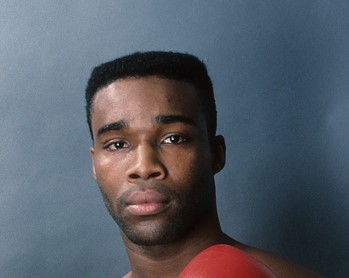 His introduction is a shocking paradox but that is life so far for the gifted but flawed Michael “Second To” Nunn. Sentenced to 24 years and four months for drug conspiracy charges in 2004, the 52-year-old ex-champion is currently serving his time at the Hazelton Federal Correctional Institution in Bruceton Mills, W.V.

Now a Muslim-convert and vegetarian, Nunn made poor decisions in his past life and has paid a heavy price for being involved in the purchase of one kilogram of cocaine in Aug. 2002. His sentence was initially due to end in 2028 but new protocol has brought that release date forward to Dec. 2019.

The Davenport, Iowa, native believes he has paid his debt to society and hopes to be released sooner.

As dismal as Nunn’s circumstances may be at present, there is no denying his glorious achievements in the prize ring. The glitzy American was the first product of Ten Goose Boxing, honing his skills under the tutelage of acclaimed coach Joe Goossen. Following a messy split, Nunn would also work with Angelo Dundee but always credited his association with the Goossen family as making him the fighter he became.

In July 1988, Nunn wrenched the IBF middleweight title from Frank Tate via ninth round stoppage. The win solidified his status as one of the finest fighters in the world and, at 25 years old, with 31 straight wins, he was entering his prime years. In his first defense, the future of the 160-pound division would chew up fierce Argentinian power-puncher Juan Domingo Roldan in eight but what came next sent shockwaves through the sport. 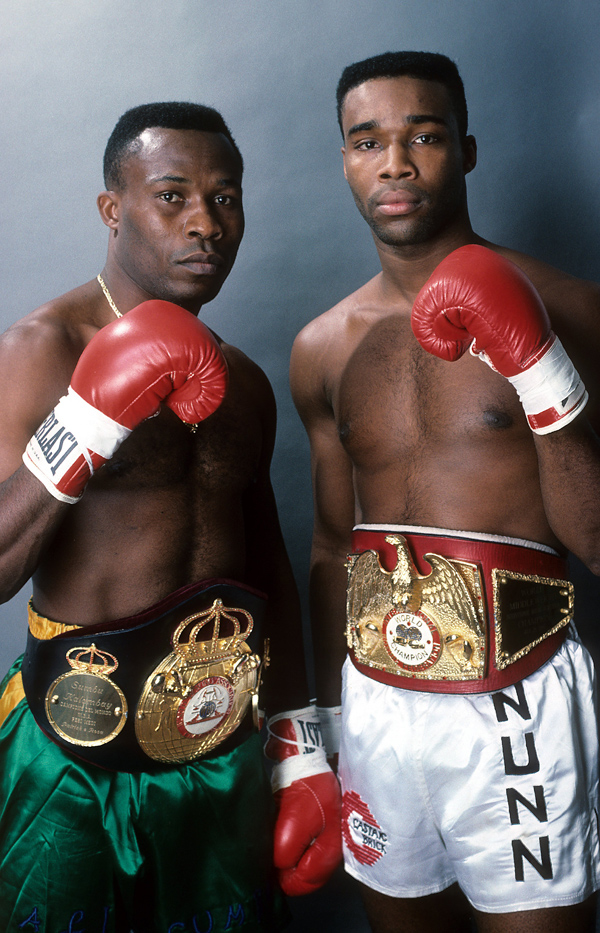 Sumbu Kalambay was born in Zaire, Africa and resided in Italy. He was a master technician and, as WBA middleweight titleholder, carried serious momentum with consecutive victories over Herol Graham, Iran Barkley, Mike McCallum, Robbie Sims and Doug DeWitt. The famous unanimous decision win over McCallum in March 1988, later avenged by “The Body Snatcher”, is arguably one of the finest demonstrations of pure boxing in the modern era.

Unfortunately, the WBA would strip Kalambay of his title for agreeing to face Nunn but boxing politics could not disguise the obvious. Staged inside the Hilton Hotel in Las Vegas, on March 25, 1989, this was a high-stakes meeting between the two best middleweights in the world. Not one person in attendance could have imagined that the glistening gold bell at ringside would only be struck once.

Nunn carried the swagger of a champion sparring a novice; casually warming up his limbs by shaking them nonchalantly as he pursued the target. With just over a minute gone, Kalambay released a left jab which was deflected effortlessly and caught a pulverizing left hook to the jaw which knocked him out before he hit the canvas. This amazing victory was both a blessing and a ruin for Nunn, as projected big-money showdowns with fading legends Sugar Ray Leonard, Roberto Duran and Thomas Hearns appeared to vanish as quickly as Kalambay did.

The electrifying finish was voted THE RING Knockout of the Year and it was the pinnacle of Nunn’s professional life. A brace of majority decision wins over Iran Barkley and Marlon Starling was followed by a 10th-round knockout of former pound-for-pound No. 1 Donald Curry; however, a new middleweight force was about to burst the unbeaten champion’s bubble.

James Toney, a boisterous 22-year-old, fighting out of Ann Arbor, MI, fell way behind against Nunn in May 1991. Taking into account the impeccable career “Lights Out” would go on to have, it seems almost unimaginable that he could be made to look foolish at his peak but that was the story in Nunn’s hometown of Davenport. Toney rallied, however, and displaying the durability and cunning that would later become hallmarks, floored the champion with a huge left hand in Round 11. Nunn rose but was in no position to defend himself when referee Dennis Nelson halted the bout.

Despite annexing the WBA super middleweight title from Victor Cordoba in Sept. 1992, the Toney loss appeared to permanently remove some of Nunn’s sparkle. Surprising defeats to Steve Little and Frankie Liles ended his world title ambitions at 168 pounds and a split decision loss to Graciano Rocchigiani, in a vacant WBC light heavyweight title contest, was his last shot at a legitimate championship.

His final bout, before fate and poor choices would irreparably change his life, was a cruiserweight appearance in Jan. 2002.

At his best, Nunn was a swanky and sophisticated stylist with crisp hitting power and opponents frequently had more chance of hitting the lottery than the target. If the 6-foot-2 southpaw performed below par, then he came under the same type of scrutiny that befell the great Pernell Whitaker. Like Whitaker, Nunn was capable of sucking the drama out of a fight but there was no denying his exceptional skill-set.

The former two-division titlist agreed to speak to RingTV.com, via email, about the best opponents he faced in 10 key categories.

BEST SKILLS – Donald Curry: He was wise and sharp. This is a tough one because I came across a lot of good boxers on the way up the ladder.

BEST JAB – Frank Tate: He had a great jab, so I had to stay on top of him from the first round. I won the middleweight championship of the world after a long, hard fight.

BEST DEFENSE – Marlon Starling: To this day, Starling is still asking for a rematch. He was a crafty little man, who was hard to catch cleanly with big shots.

BEST CHIN – lran Barkley: You could hit the guy with a hammer and he was going nowhere. I landed everything I had and he said, ‘Is that all you’ve got, Nunn?’

BEST PUNCHER – Juan Roldan: He was the strongest puncher I faced in my career.

FASTEST HANDS – Carl Jones: He was from Los Angeles and had me down in the first round.

FASTEST FEET – Jones: The only thing faster than Jones’ feet were his hands.

SMARTEST – James Toney: I have to admit, looking back, James Toney was a smart guy in the ring.

STRONGEST – Barkley: For a middleweight, Barkley was exceptionally strong. It was like pounding on a heavyweight. After the weigh-in, he must have gained an extra 20 pounds.

BEST OVERALL – Curry: The best overall game belonged to Donald Curry. He could do a bit of everything.

Tom Gray is a member of the British Boxing Writers’ Association and has contributed to various publications. Follow him on Twitter: Tom_Gray_Boxing