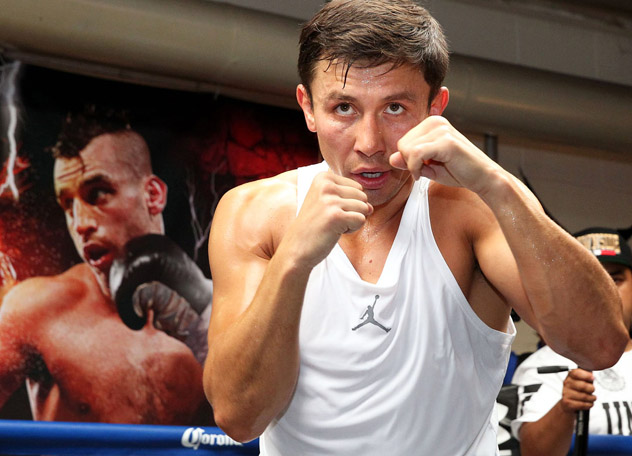 Golovkin (34-0, 31 knockouts) outclassed Lemieux (34-3, 31 KOs) from the beginning, using his quick jab to keep Lemieux off balance and following with more and more power shots as the fight went on. Lemieux went down only once — from a body shot in the fifth round — but was battered much of the fight while he tried in vain to build his own attack.

Golovkin had landed a flurry of hard punches in the eighth that prompted referee Steve Willis to end matters.

Lemieux, a big puncher, landed a few eye-catching shots but none did damage.