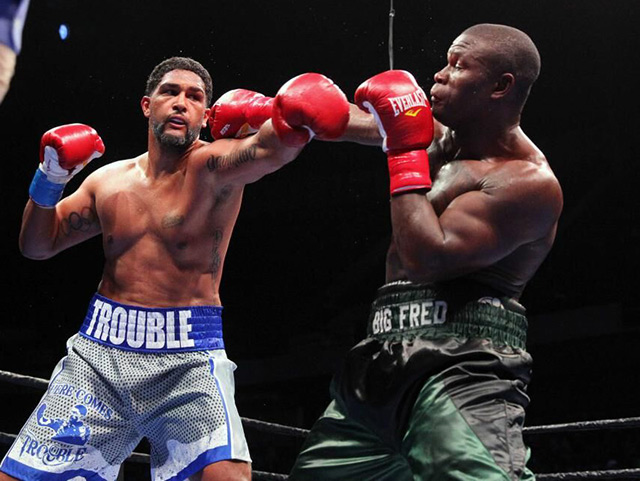 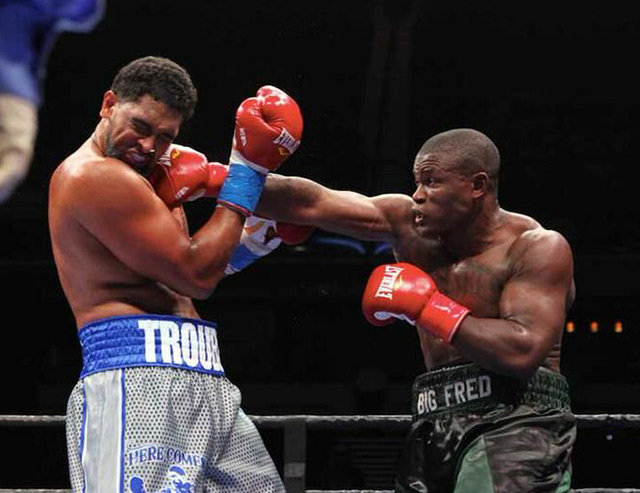 Heavyweight prospect Dominic Breazeale scored an unpopular 10-round unanimous decision over cagey Fred Kassi in the NBC-televised co-feature to the Deontay Wilder-Johann Duhaupas title bout on Saturday in Birmingham, Alabama.

Breazeale, whose nickname is “Trouble,” boxed the 10-round distance for the first time in his career but admitted that his opponent’s ring savvy style — which included constant and upper-body lateral movement, switching stances, and sneaky counter punches — troubled him throughout.

“I definitely got frustrated during the fight,” Breazeale said during his post-fight interview. “He was doing a lot of tricky things that a veteran guy does. He was switching from orthodox to southpaw, moving around a lot. I wasn’t expecting that from him.”

Kassi, who was coming off a split draw with former title challenger Chris Arreola in July, was able to land left hands while on the move throughout the fight. Whenever Breazeale pressed Kassi to the ropes the squat (shorter by eight inches) fighter was able to fight well off of them. The two heavyweights exchanged punches on even terms in the middle rounds but Breazeale was unable to cut the ring off with the more experienced fighter.

One thing Breazeale did do well was attack Kassi’s body in the late rounds. The body work may have swung some of the close late rounds in his favor but still don’t explain the wide point margins on two of the official scorecards.

“He couldn’t hit me with nothing,” he said. “I slipped most of his punches and showed that I was the better fighter.”