Is NBC showcase part of Wilder’s road to Klitschko (or Povetkin)? 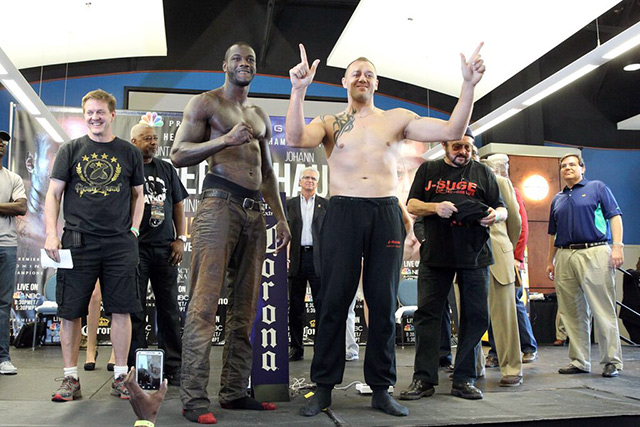 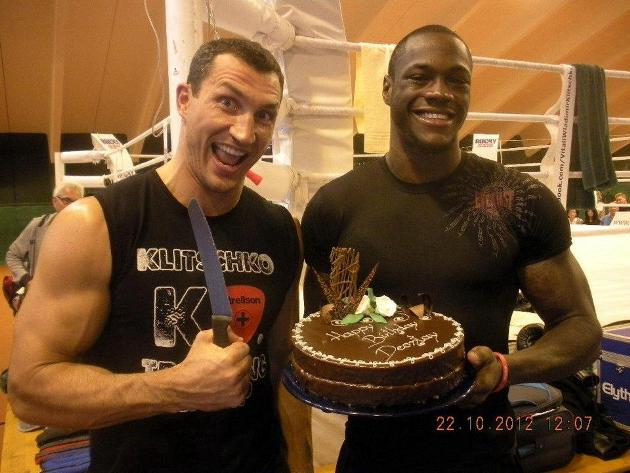 Deontay Wilder once served as a sparring partner for RING heavyweight champ Wladimir Klitschko (he even celebrated a birthday in one of those camps). Will the undefeated WBC beltholder ever be ready to challenge the real champ?

Deontay Wilder has decimated most of the opponents he has faced thus far as a pro.

The undefeated heavyweight puncher will likely continue that trend when he faces Johann Duhaupas in the second defense of his WBC title tonight at the Legacy Arena in Birmingham, Alabama.

Wilder, who is extremely popular in his home state of Alabama and resides in nearby Tuscaloosa, turned pro in 2008 (after winning a bronze medal in the Bejing Olympic Games) and quickly ascended through the heavyweight ranks.

However, some wondered whether he would be a flash in the pan, considering all of his knockouts, spectacular ones at that, were scored against less-than-modest opposition.

But Wilder (34-0, 33 knockouts), who was awkwardly raw at the start of his pro career, gradually improved, becoming a more well-rounded fighter to compliment that devastating right hand that has put numerous fighters down.

Still, many boxing scribes were skeptical of Wilder’s ability to defeat Bermane Stiverne on Jan. 17, considering Stiverne had faced the better opposition and was looked as the better boxer of the two. To his credit, Wilder was able to outbox and outpoint Stiverne to win his first major title.

While Wilder has a world title, most in boxing consider RING champ Wladimir Klitschko to be the best fighter in the division. Which begs the question: Will Wilder eventually challenge the fighter who has not lost in over 10 years and holds every other world title in the division?

Wilder must defeat Duhaupas, who is a virtual unknown but does have an impressive record of 32-2, with 20 KOs. Duhaupas’ best win to date as a pro was in his last bout on Apr. 10, when he won a 10-round majority decision over Manuel Charr.

Many in boxing do not believe Duhaupas will give Wilder a serious test, which will make people wonder whether the opposition Wilder has faced will be enough to prepare for a fight against Klitschko.

And even before negotiations could begin for a showdown for the undisputed heavyweight championship, Wilder has to fulfill his WBC mandatory against THE RING’s No. 1-rated Alexander Povetkin. Whether Al Haymon, who advises Wilder, would pursue that route for Wilder remains to be seen.

What has worked well thus far is Wilder becoming a draw in the Birmingham area. He could continue fighting there and reach other markets like New York City or Los Angeles, while he waits for Klitschko to retire and pursue the rest of the world title belts in the division.

And during this “wait-out,” he could continue to improve as a fighter while working with co-trainers Mark Breland and Jay Deas.

There are numerous paths Wilder can travel. He has charisma and his unique and devastating power is something that will attract casual boxing fans.

Fighting on NBC is a great start for him to become a crossover star. But it will take more than that to earn respect in the boxing world. Respect will only be given to Wilder if he faces Klitschko or Povetkin.

Time will tell if he takes the chance.