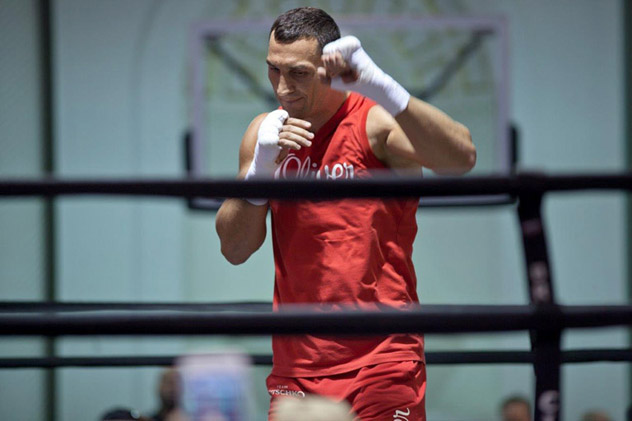 RING heavyweight champion Wladimir Klitschko has pulled out of his Oct. 24 clash with Tyson Fury due to a leg injury.

Klitschko, who also holds IBF, WBA and WBO titles, was scheduled to meet Fury in Dusseldorf, Germany, in one of the most intriguing heavyweight matchups in recent memory.

“I was looking forward to this fight very much,” said Klitschko in an official statement distributed by Sky Sports News in the U.K.

“I know that a lot of fans have paid to come and support me in Dusseldorf. I am so sorry that I am unable to fight on Oct. 24 and I also apologize to my opponent who has spent many weeks preparing. I will do my very best to recover as quickly as possible.”

It is a terrible disappointment for the challenger who has now lost the three most lucrative paydays of his career due to opponent injury. Fury’s countryman David Haye pulled out of two British pay-per-view events in 2013.

According to the Sky Sports News report the fight will be rescheduled and will still take place in Dusseldorf at a date to be confirmed next week.