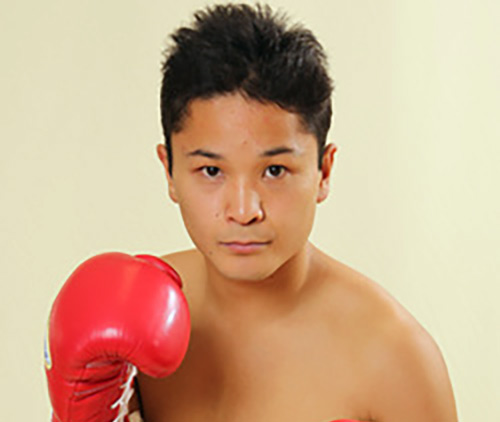 The 25-year-old Yokohama resident – who sports a record of 19-1 with 11 inside the distance wins – is keen to test himself against the man he perceives to be the best 105-pound fighter in the world. He sees a number of strengths in Takayama’s game but also areas he can exploit. 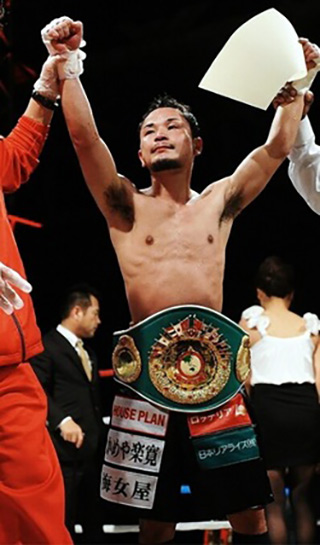 “His strengths are stamina and (the) number of punches [he throws] as seen in the previous bouts,” Hara told RingTV.com through translator Tomoyuki Kataoka. “His weakness is his (lack of) power, his age and the number of hard bouts [he’s had] in the past.”

The challenger is alluding to the battle-hardened Takayama being a 15-year pro veteran who won a world title before he turned professional. The 32-year-old champion is seven years his senior and fought many of the top strawweights of the past decade, including Eagle Den Junlaphan, Roman Gonzalez and Nkosinathi Joyi.

Hara turned pro in 2010 under the auspicious eye of Hideyuki Ohashi, a former two-time world champion and president of Ohashi Boxing. He won the Japanese National title in his 13th bout, three defenses followed before he stepped up a level winning the OPBF crown last March. He lost it in his first defense against uber-talented Kosei Tanaka, who has since gone on to win the WBO title. Ohashi knows this is a tough fight for his charge.

“Takayama is a tough opponent for Hara,” said the promoter. “I cannot imagine whether or not Hara will defeat Takayama. However, I will have Hara do his best to beat Takayama.”

Takayama-Hara will be chief support to the Kazuto Ioka-Roberto Domingo Sosa main event. Sho Ishida will look to make the third defense of his Japanese title against Hayato Kimura on the undercard. A smattering of local talent round out the card, which will be shown on TBS in Japan.

RingTV.com – What are your thoughts on facing Takayama?

Ryuji Hara – The fight with Takayama is my chance I have been just waiting for. In order to pray for my own victory, I visited my father’s grave in Ito, Shizuoka last week.

RTV – The fight takes place at the new EDION arena and on the Ioka-Sosa undercard. Is this is a big night of boxing in Japan?

RH – I think so, because Kazuto Ioka is very famous internationally. Therefore, the fight is a big chance for me. Ioka was the first fighter to win world titles at strawweight, junior flyweight and now flyweight. It is very important to me; I would like to follow his record.

RTV – Last October you lost for the only time in your pro career when you fought Kosei Tanaka. You gave a really good effort before being stopped in the 10th round. Tell us about that fight.

RH – I lost against Tanaka, however, the fight is one of my best fights recently since the points on the judges [scorecards] were even until the eighth round. My physical condition has not been good because I was involved in a traffic accident in May 2012. However, the after effect vanished and I am in good condition right now.

RH – Each champion has his own (talents), especially Tanaka. I think that he is a great champion with a (bright) future.

RTV – Who is the best strawweight in your opinion in the world?

RH – I think that, currently, Takayama is the best.

RTV – What was it like growing up in Ito, Shizuoka, Japan?

RH – I loved to do various kinds of sports in my childhood. I started boxing when I was a junior high school student. When I was in the second grade of high school (sophomore year), I won the Japanese Inter-High School Championships. After graduating high school, I entered the Horse Racing School of the Japan Racing Association. However, I could not forget the fabulousness of boxing and therefore I entered Ohashi Boxing Gym.

RH – When I was a junior high school student, Katsushige Kawashima of the Ohashi Boxing Gym, then WBC junior bantamweight champion, had a residential training [camp] in Ito, Shizuoka, which is my home town. I watched the training. I think that it was the cue for me to start boxing.

RTV – You are part of a strong camp. Mr. Ohashi also has the Inoue brothers, Akira Yaegashi and Ryo Matsumoto to name a couple. Does that help you?

RH – Of course. Ohashi Gym is my driving force. Furthermore, many boxers yearn for such an opportunity. Many boxers have joined and will join the gym with the dream of becoming a world champion in the future.

RTV – What goals do you have in your career?

RH – Frankly speaking, I have no special taste or hobby other than boxing. However, if I were to use one word, sleeping is my only interest other than boxing. I would like to do my filial duty to my mother, who has raised me by herself since my father died.

RTV – In closing do you have a message for Takayama? RH – As you know, Takayama is a great champion who has led the strawweight division. Therefore, I have mixed feelings about the bout with him. However, I would like to do my best to win under the best physical condition.