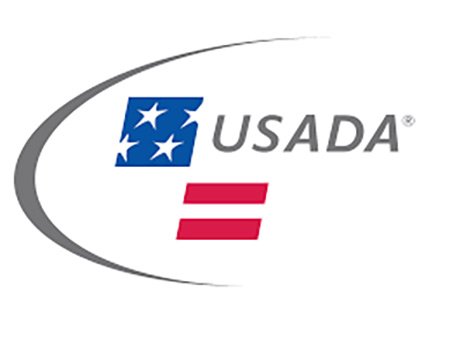 During fight week ahead of the “final” fight of Floyd Mayweather Jr.’s beyond-illustrious career, writer/reporter Thomas Hauser dropped a combination platter of punches aimed at testing agency USADA, and Mayweather himself (particularly concerning his use of an IV for fluid replacement – a practice usually prohibited if beyond a certain amount – following the weigh-in for the Manny Pacquiao fight).

The author alleged that USADA’s methods of testing and reporting results struck him as less than forthcoming, and he put forth material which questioned Mayweather’s claim of wanting a “level playing field” through so-called “Olympic-style” PED testing.

The story lit up screens for a couple days; the day after it came out on SB Nation, USADA issued a small response, and they promised a meatier answer to the Hauser body-blows shortly. Shortly has arrived; the testing agency has a PDF on their website which lays out where they take offense to characterizations made by Hauser.

Here is the USADA preamble to their 25-page attempted takedown of the writer:

“On September 9, 2015, SB Nation posted an article written by Mr. Thomas Hauser that contained no less than 40 inaccurate facts and misleading statements, as well as quotes from unnamed, uninformed or self-interested sources about USADA and our role in anti-doping in the sport of professional boxing.

In order to provide truthful and accurate facts, and to stop the perpetuation of further rumors, speculation and false information, USADA has provided a detailed 25 page fact correction of the full article which can be found HERE.”

USADA lays out a laundry list of areas where they say Hauser is in error. Their first example is this:

And I was under the impression that the amount of liquid was the main red-flag, not the fact that he got an IV, or what liquid and/or chemicals or vitamins or what have you, were in it. Hauser advised that the World Anti-Doping Agency (WADA – the agency that sets the rule and protocol that USADA is supposed to follow) prohibits athletes from using IV infusions of more than 50 ml per six-hour period because using more than that “amount is crucial for masking purposes.” (Mayweather had one IV of a 250 ml solution, followed by another IV of a 500 ml solution.)

Point being, this is muddy ground, open to interpretation in different ways to different brains …

As I read through the counterattack, to be honest, I saw instances of what I deem semantic quibbling. Hauser says the athletic commissions of New York and Nevada have had to “force” USADA to share information in the past, while USADA’s response paints a different picture, claiming that they’ve complied with commissions (providing material in a forthright manner). Hauser and USADA have different definitions of what “random” drug testing is, and so on.

USADA termed Hauser’s reporting as “reckless,” and they say he is the one doing the “misleading,” not them.

As I continued to read, it struck me that so much of this material is written in “lawyer-ese” and can be hard to parse and dissect and comprehend to the average Joe. For the sake of transparency, I think the document would be more serviceable if they “dumbed it down” a notch …

Readers, this one is for now in the court of public opinion. Many of you tell me you think Mr. Hauser has it in for Mr. Mayweather, and more of you think that with all this smoke signaled by Hauser, there surely is fire, and it threatens the legacy of Mayweather.

You tell us: What do you make of the USADA response and where do you stand, as of now on the issues raised in the last couple weeks.