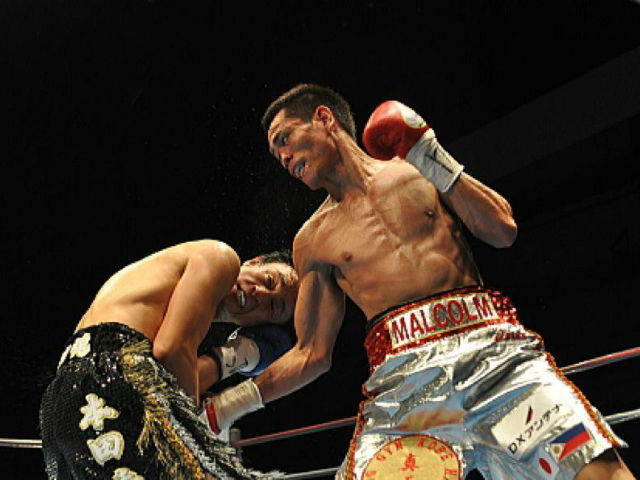 MANILA, Philippines – Former WBC flyweight titleholder Malcolm Tunacao is currently hospitalized in Cebu City, Philippines after being stabbed multiple times by his live-in girlfriend over what police are describing as a fit of “jealousy.”

Tunacao, 37, was attacked by his long-time girlfriend, identified as Jessica Grace Tiu, police allege, on Tuesday, Sept. 15. Authorities say blood was found on the couple’s bed, and that Tiu, 39, confessed to the police at the scene. She was arrested and is expected to be charged with frustrated murder (attempted murder) on Thursday.

The lead investigator, Police Officer 3 Juanito Alquirar Bulahan of Mandaue City Police Station 5, says a bolo knife has been identified as the weapon but adds he wasn’t sure how many times Tunacao had been stabbed.

“Many times,” Bulahan said, adding, “They had an altercation about an alleged affair with another woman.”

Tunacao is confined at Chong Hua Hospital and is now conscious, said Bulahan. Tunacao has not been able to give a statement to police due to his condition. A photo sent to RingTV purported to be of Tunacao shows him with his eyes closed with the top of his head wrapped in bandages.

Tunacao (35-3-3, 20 knockouts) is currently rated No. 6 by THE RING at 118 pounds but hasn’t fought since Sept. 2014. He turned professional in 1998 and became a celebrity in the Philippines after avenging Manny Pacquiao’s loss to Medgoen Singsurat by seventh-round technical knockout in 2000 to win the 112-pound title.

Tunacao made one successful defense before being knocked out in one round by Pongsaklek Wonjongkam the following year. He reinvented himself as a bantamweight in the mid-2000s and relocated to Japan after signing with manager Masato Yamashita.

He earned the mandatory position for the WBC bantamweight title with a knockout of Christian Esquivel in 2012 but was stopped in 12 rounds by Shinsuke Yamanaka in his challenge for the 118-pound title.

Tunacao has two sons, Malcolm Jr. and Dave, and a daughter Sharalyn.