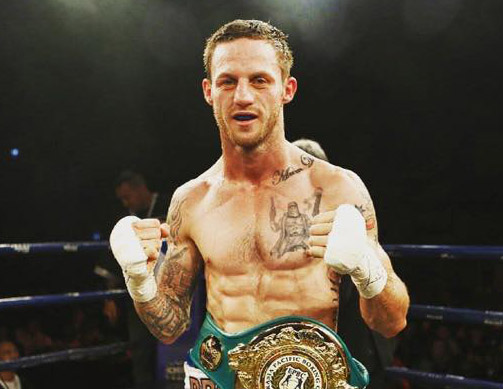 Australian boxer Davey Browne Jr. has died from injuries incurred during his fight with Filipino boxer Carlo Magali, The Guardian reports. Browne collapsed in the ring after being knocked out in the 12th round of his fight on Friday, Sept. 11, at Ingleburn RSL Club in the Sydney suburb of Ingleburn.

The 28-year-old Browne (22-2-1, 8 knockouts) was taken to Liverpool Hospital. The family made the decision to turn off life support 4 days later, it’s reported.

Australian National Boxing Federation president John McDougall was in attendance and told the Sydney Morning Herald that the scene was “horrific.”

“The Filipino hit him with a crashing punch and he was out cold before he hit the floor,” McDougall said.

Browne, a father of two, turned professional in 2005 and went undefeated in his first 16 bouts before losing a technical decision to future IBF featherweight titleholder Billy Dib in 2009. Browne remained out of the ring from 2009-2013, during which time he got married and started a family, according to aus-boxing.com.

The 28-year-old Magali (19-7-3, 10 KOs), who hails from Nonito Donaire Jr’s hometown of Talibon, Bohol, Philippines, did not respond to Facebook messages requesting comment.

This is the second incident this year involving an Australian boxer dying from injuries sustained in a bout against a Filipino. In March, boxer Brayd Smith succumbed to head injuries following a decision loss to John Vincent Moralde.

The death brought renewed calls for the sport’s ban by the Australian Medical Association, which came out vocally following Smith’s death earlier this year.

“One punch can kill – whether you are outside a pub on a Friday night or in a boxing ring – and this is the thing that causes young lives to be ended so traumatically,” said AMA vice president Dr. Stephen Parnis on the association’s website.

“It’s a terrible tragedy for a young man with a young family, but the fact that it was entirely avoidable just leaves a real sense of bitterness.”