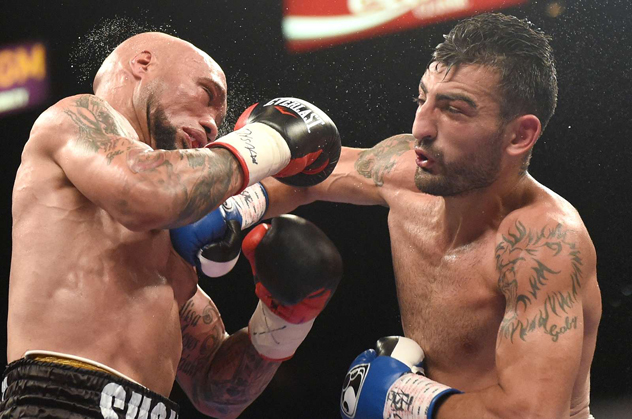 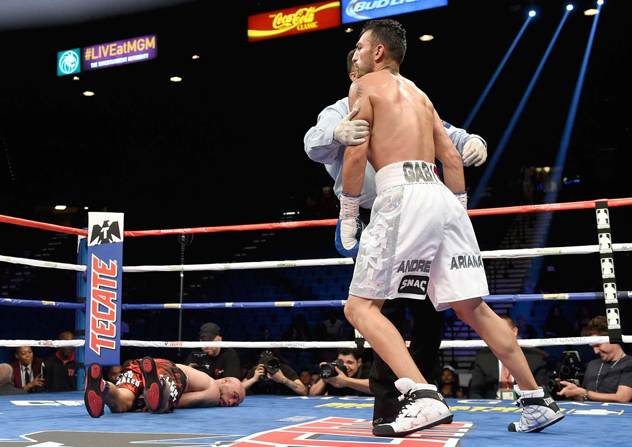 Vanes Martirosyan used a pair of knockdowns to take care of business against Ishe Smith and earned a 10 round majority decision in a junior middleweight battle between two fighters in need of a win.

Martirosyan, who we last seen getting outclassed by Jermell Charlo in March, used effective counterpunching and movement to keep Smith from gaining any real momentum. It was entertaining throughout as both exchanged leather and had their moments in spurts. But Smith was slower and couldn’t muster up the offense to deliver the big blows to Nightmare.

Martirosyan scored a flash knockdown in the 3rd round when a right hand behind the ear sent Sugar Shay to the canvas. Smith would fight valiantly and manage to outland his opponent to the tune of 155 to 137. But it was Martirosyan landing the cleaner punches behind a crisp jab. In the eighth round Smith was sent down again, this time hard, by a Martirosyan left hook that was followed by a straight right hand. But Smith would regain his bearings afterward and continue to press forward.

It can be argued that Smith won both of the rounds that he went down as evidenced on Lisa Giampa’s 95-95 scorecard. But Martirosyan was simply too much on this night as Max De Luca and Ricardo Ocasio both scored it in favor of the Armenian with 97-91 scores.

With the victory, Martirosyan is back in the winner’s circle with a 36-2-1 record while Smith falls to 27-8.