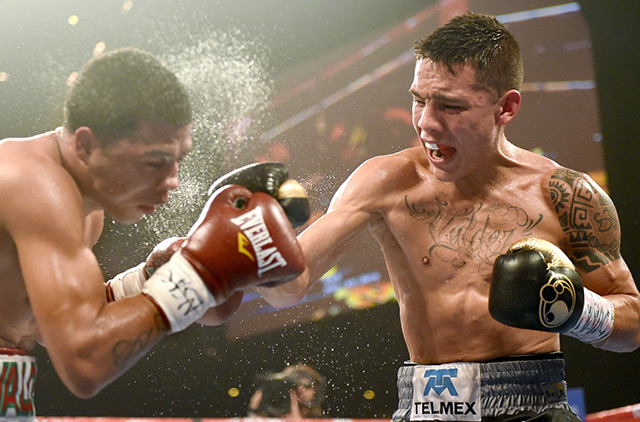 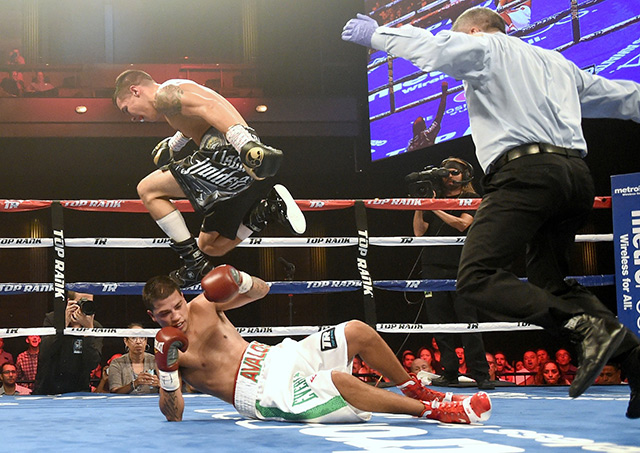 LAS VEGAS — Oscar Valdez Jr. put together an impressive display of speed, precision and power as he stopped Chris Avalos in the fifth round of a scheduled 10 round featherweight tilt.

From the outset, Valdez (18-0, 15 knockouts) was quicker to the draw with a snappy jab and crisp counter punching. Although Avalos (27-4) was steady in his approach, his counter hooks were wide and he was unable to get away from Valdez’ return fire.

Two fights removed from a TKO stoppage to Carl Frampton, Avalos refused to back down even though his opponent was simply too much of everything on this night.

In the third round, Valdez put some extra torque on his punches and smashed Avalos with some wicked power shots. A counter left hook at the end of Round 4 scored Valdez’ first knockdown as it rocked Avalos to his core as his legs gave out from under him. The bell rescued Avalos but Valdez had nothing else on his mind but finishing what he started.

Valdez continued to slam thudding hooks into Avalos and nearly scored another knockdown at the end of Round 4. He took matters into his own hands in the fifth and pressed down on the accelerator as Avalos attempted to stand his ground. But a violent outburst of power shots forced referee Russell Mora’s hand and called a stop to the fight at the 1:17 mark.