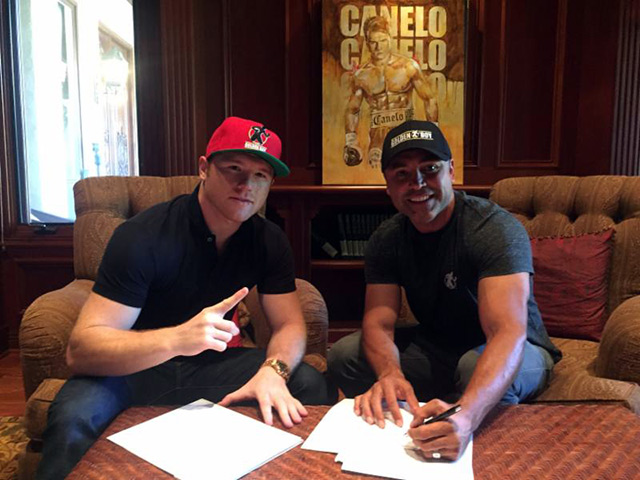 The following press release was issued by Golden Boy Promotions on Friday:

├ülvarez, a super welterweight knockout artist known for his tremendous punching power, made his pro debut in 2005 at 15-years-old and quickly became one of the most popular prizefighters in the world. His exciting fighting style and reputation for taking on all comers has captured the attention of fans all around the globe.
“Canelo ├ülvarez is no longer the future of the boxing – he is the present, and with a win on Nov. 21 against Miguel Cotto, he will solidify his status as the best in the business,” said Oscar De La Hoya, Chairman and CEO of Golden Boy Promotions. “It has been a privilege to promote him during his meteoric rise, and we now look forward to many more highlights in a career already filled with many of them.”
A former world champion, Canelo is eager to once again hold a title belt and will get his chance when he battles Miguel Cotto on Nov. 21 for Cotto’s WBC and Ring Magazine Middleweight World Championships. His record includes victories over some of the best fighters in the junior middleweight division including Austin “No Doubt” Trout, Alfredo “El Perro” Angulo, Sugar Shane Mosley, dangerous southpaw Erislandy Lara and most recently James “Mandingo Warrior” Kirkland. Canelo’s lone blemish in 45 fights came in September 2013 against Floyd “Money” Mayweather in one of the highest grossing fights of all time, further cementing Canelo’s stature as boxing’s next superstar fighter.