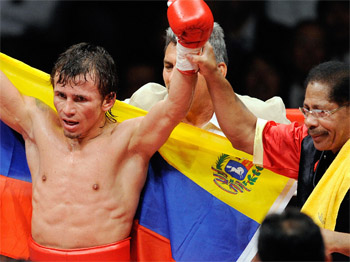 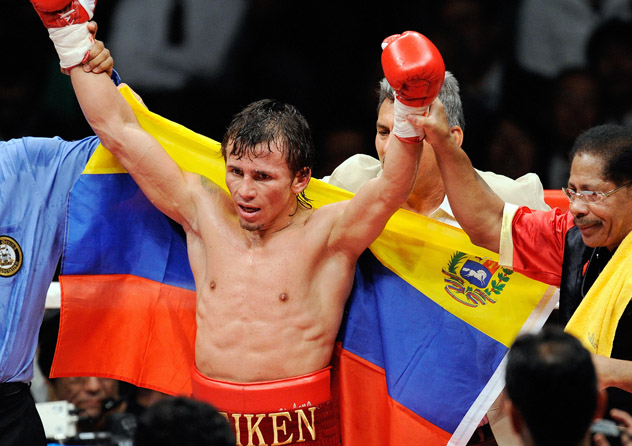 Kenny Adams was the head coach of the highly successful 1988 U.S Olympic team – he was also the assistant coach to the 1984 squad. The class of ’88 won eight medals, including three gold, which is as many gold medals as America has won in the six Olympic Games since. Adams’ team boasted impressive talents such as Riddick Bowe, Roy Jones Jr. and Kennedy McKinney.

Adams, a decorated veteran of over 30 years, was the head coach of the hugely successful Army team, leading it to several national titles.

Like the stars of his Olympic team, Adams switched to the pro game and moved to Las Vegas in early 1989, bringing the likes of Ray Mercer, Al Cole, Vince Phillips, Charles Murray, Eddie Cook and McKinney with him, all of whom signed with Top Rank.

It didn’t take long for Adams, now 74, to claim his first world champion when Rene Jacquot scored THE RING Magazine’s “Upset of the Year” later that year by outpointing Donald Curry. Adams repeated the feat in 1997 when Vince Phillips shockingly stopped Kostya Tszyu.

Unlike many top trainers, Adams often didn’t inherit made fighters or superstars. Cole had never laced up a pair of gloves until he worked with Adams, while others, such as Mercer, Phillips, McKinney and Cook, had some amateur experience but flourished under the tutelage of the Missouri native.

Known as a strict disciplinarian, Adams has trained 26 world champions, including Diego Corrales, Edwin Valero, Freddie Norwood, Terence Crawford, Johnny Tapia and Jorge Linares. He is an old-school guy, among boxing’s unsung heroes, and he likes to dispel one of boxing’s oldest notions:

“They say punchers are born and not made ÔÇª well, I made (Diego) Corrales a puncher. Before he was with me he couldn’t punch. We worked on things like how to plant his feet and turn his punches over and he became a very big puncher.”

After healing from an Achilles tendon injury, Bogere returned from 13 months on the sidelines with four inside-the-distance wins. Adams believes the time off has benefited the Las Vegas-based Ugandan contender, who will fight in Mexico vs. Daniel Ruiz on Friday.

Adams kindly took time out to speak about the best fighters he’s trained during his near 30 year career. 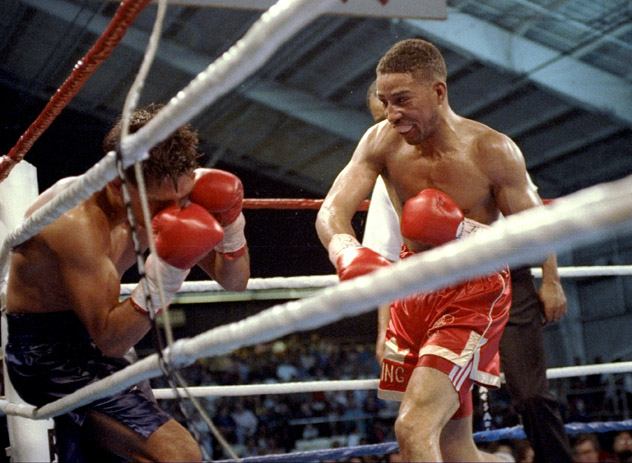 BEST SKILLS – Kennedy McKinney – Kennedy McKinney, it has to be. His skills were great. He had one of the best jabs around, he had a good right hand, good hook. He won the world title in Sardegna, Italy, against Welcome Ncita. It was probably a fight most people didn’t see; it was one of the greatest knockouts of all time: He slipped a punch, threw a right hand and the man came to attention and fell face-first. Johnny Tapia was another who had great boxing ability. I had actually known him since he was an amateur in Albuquerque, New Mexico. All his growing up he was such a warrior. He had good boxing ability, good chin, but didn’t care about boxing, he just wanted to fight you and prove to you he was as tough as you. “Mi Vida Loca” was what he lived to be.

BEST JAB – McKinney – Great jab, outstanding jab – two and three jabs, single jab. Also Diego Corrales had a great jab – a good stabbing, stiff jab. It was important for him to have that. Linares, there’s another with a great jab. A lot of them are very close but Kennedy rings out as the having the best jab.

BEST DEFENSE – McKinney – There we go again. Defense I would probably say Kennedy McKinney, he was one of the greatest all-around fighters I worked with. He had everything. He had defense, he had offense, great jab, great right hand, he had a great hook, great bodyshots, slip punches, he could move – he could do it all.

BEST CHIN – Vince Phillips – Vince Phillips, best chin of anybody. You could hit him with a sledgehammer and he’d just walk away. Ray Mercer had a great chin, chin of stone. 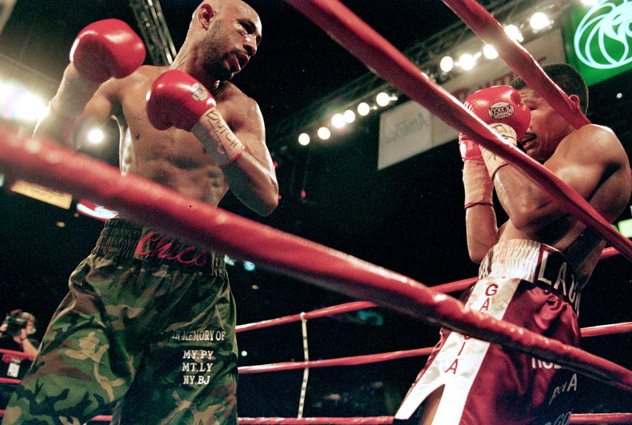 BEST PUNCHER – Eddie Cook – Best single puncher Eddie Cook. Him and a close second Diego Corrales. Also I have to add Edwin Valero. Those three were some of the better punchers I know, natural punchers, period.

FASTEST FEET – Frankie Liles – McKinney had great footwork. I think Valero had decent footwork. Also, Jorge Linares but maybe the best footwork was Frankie Liles – the guy had some great footwork. Freddie Norwood was another one. (They) could change direction, backwards, forwards, move in and out and could pivot and step around and use angles (to) give a different direction and move out of harm’s way and (get) in position to punch.

SMARTEST – Liles – Frankie Liles would probably be the guy, he was another great boxer who would use his height and reach and his long arms. He would be thinking ahead, he would put you into traps, he would lean you in that direction and roll back and move his feet. He would fit that mold.

STRONGEST – Mike McCallum – I only worked with him a couple of times. Mike McCallum was a strong, slick guy, was one of those guys who would hit mitts (and) you could tell. Another who was very strong was Ray Mercer because he could punch so hard. He just had raw talent as far as that was concerned. He was a guy who overwhelmed you, he didn’t have great defense or style. Another was Ruslan Chagaev – he had strong raw talents, his punching ability especially as he was left-handed – made a big difference. When you work them on the mitts those left-handers can hit you with shots you don’t expect.

BEST OVERALL – McKinney – Kennedy McKinney was probably the best overall – great boxer, great puncher, good defense, good movement and conditioned. But other fighters who I could put in that category would be Edwin Valero, Jorge Linares — I thought they were great boxers, especially Edwin Valero – great puncher, very strong, conditioned, always wanted to be first. As you know, he has 27 wins, 27 knockouts, 19 in the first round, so that speaks for itself. Eddie Cook has to be another I would add in there, he had such a great personality for his punching power. He knocked a guy out (Israel Contreras) and broke his jaw in two or three places to win the world title. It was his 18th fight and the guy was 36-2-1 with 25 knockouts.