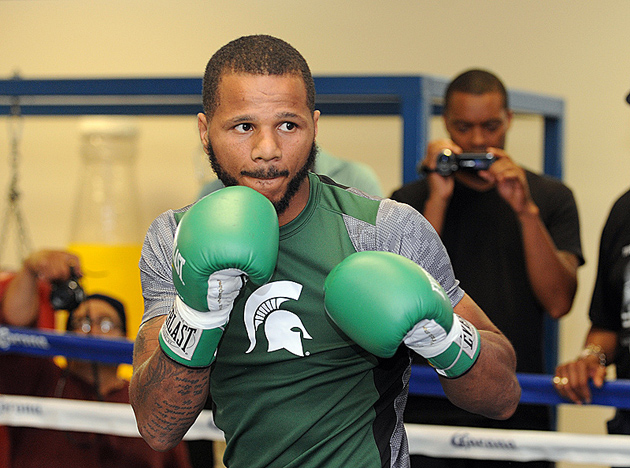 Dirrell (27-1-1, 22 knockouts) is coming off a decision loss to Badou Jack, who lifted the Flint, Michigan native’s WBC belt.

The co-main event of the evening will see WBO bantamweight titleholder Jamie McDonnell (26-2-1, 12 KOs) face former beltholder Tomoki Kameda (31-1, 19 KOs) in a 12-round world title rematch of their May 9 CBS Sports fight that saw McDonnell survive a third round knockdown to win by the score of 114-113 on all three judges’ scorecards.

“I’m ready to get back in the ring and prove that I’m still one of the most dangerous men in the game,” said Dirrell. “Rubio is a tough guy but I’m coming to knock him out and eventually get my title back. ‘The Dog’ is coming to Texas looking to inflict some pain.”

“I’m very excited to face Anthony Dirrell on September 6,” said Rubio. “This is a tremendous opportunity for me and I’m going to leave it all in the ring. I promise a great fight for all the fans that come out in Texas.”

“I am delighted to be going back to the states and facing Kameda again,” said McDonnell. “The first fight was brilliant, he’s a class act and I wish that the first fight had gone on even longer. People wrote me off before the first one but I was always confident that I would beat him and I am even more confident that I will do it again. If I start well this time I think I will stop him.”

“This is the fight I wanted and I’m thankful to have the opportunity to rematch Jamie McDonnell,” said Kameda. “I thought that I won the first time, but this time I will leave no doubt. I can’t leave it up to the judges this time, my plan is to dominate.”