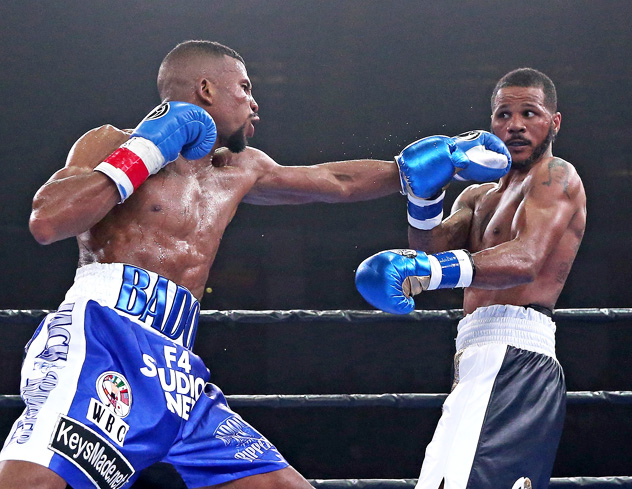 Groves, rated No. 3 by THE RING at 168 pounds, was initially scheduled to face Jack, rated No. 6, on Aug. 22 but that event never got off the ground. Conveniently, Jack is represented by Mayweather Promotions and the addition of another title bout to the Sept. 12 card was clearly a no-brainer.

On his official Twitter account, Groves said, “It’s finally signed! I can officially announce I’m fighting Badou Jack for the WBC title on September 12 in Vegas.”

The Sauerland update suggested that one or two obstacles had to be overcome in order to make the fight a reality. “Sorry for our long silence in the making of Jack versus Groves but a/ we only tweet announcements what is signed b/ we don’t sign what ain’t right.”

Jack won the title with a 12-round majority decision over Anthony Dirrell in April, and this will be his first defense. Groves has won three bouts since being stopped twice by bitter rival, and countryman, Carl Froch.