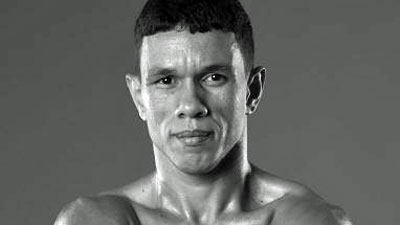 Payano (16-0, 8 knockouts) won the title last September and has been inactive since but is eager to return to action.

“I have been inactive because this fight has been postponed twice, first in May, then the end of June,” the 31-year-old native of the Dominican Republic told RingTV.com. “I am always ready to fight and I have kept myself ready for this exact moment.”

The fight pits a pair of southpaws with distinguished amateur careers. Both fought for their countries in the 2004 and 2008 Olympics. Payano elected to make the transition to the pros while Warren stayed in the amateur cycle, representing America at the 2012 London games.

Since making his debut in 2010 Payano has been managed by Henry Rivalta, who was quick to talk up his fighter.

“Rau’shee Warren has his hands full come Aug. 2. Losing is not in our agenda.”

RingTV.com: What are your thoughts on facing Warren?

Juan Carlos Payano: He beat me in the amateurs. This is the pro game. I’m prepared for 12 rounds of non-stop war. It’s very different from the amateurs.

RTV: What does Warren bring to this fight in terms of strengths and areas you feel you can exploit?

JCP: No disrespect but I will keep that answer to myself as this is our game plan to exploit his weaknesses and he has some we know about.

RTV: You beat long-reigning champion Anselmo Moreno for the WBA 118-pound title. That was impressive.

JCP: The fight was mine from the moment we made it. That night I jumped on him and let him know I meant business. I knew I was in for the best fight of my career as of yet but he also knew he was in the fight he really didn’t want to be in. I was ready this night to become the man I was destined to be since my childhood. I dreamed of this day, you know what I mean?

During the fight we bumped heads and I was cut very bad. He kept head butting and trying to use that tactic but I didn’t feel the cut. I was too pumped up. The game plan was to come hard for the first six rounds, then turn the heat up the last six and really show him what hard work was all about. The referee decided to stop the fight due to the cut and all three judges saw it in my favor. Luis Pabon was the referee and probably one of the best in the business.

I wish I could have kept fighting because I could feel him fading and I wanted to knock him out. I am grateful to Anselmo for getting in the ring with me and I am grateful to the WBA for this wonderful opportunity I won’t disappoint.

RTV: You won a technical decision because you were ahead after six-rounds. Do you feel a rematch makes sense?

JCP: No not at all. I was going to win regardless, believe me. I had to wait for him a long time as he asked for special permits, tried to make unification, then changed the date and finally his team lost the purse bid and my team did not. Once that happened it was only a matter of time.

RTV: What did it mean to you to become world champion?

JCP: It meant everything in the world to me. All my hard work since I came to the U.S., everything I had sacrificed all came together and I am living proof you can be whatever you want to be. Since a young boy this was dream. I have a family and children who depend on me. I left my family behind for this reason. To better their future, education, living conditions etc. ÔÇª I want a good quality of life for them; they deserve it. They have supported me in everything. Being the WBA world champion is the world to me. I’m so grateful to them for giving me this opportunity to be amongst the elite. A special thanks to WBA president Gilberto Mendoza for entrusting me with this bel. It’s truly an honor.

My nickname is Baby Pacquiao. It was given to me because I throw a lot of punches and I am an action fighter. For those who do not know me I want you to see my next fight. I fight for the people, I fight for honor, I fight for pride and I want the fans to know there still is someone here who fights for you guys. It’s me, J.C. Payano.

RTV: How has it changed your life?

JCP: It has changed my life because I now know that I must work even harder to keep it because there are other hungry guys who want my new belt. I will always be Juan Carlos Payano no matter what status God allows me to achieve. I’m a humble person. It’s about remembering where you came from and giving back to those in need. I am even more mature now and understand what I have to do to keep my belt and never change.

RTV: Iron Mike Promotions, your former promoter, disbanded. You are now working with Al Haymon. What can you tell us about this?

JCP: I am with Al Haymon now. My team decided it was the best move for my future. My management team Probox Management, which consists of Gary Jonas, Herman Caicedo and Henry Rivalta, is a great team as well. They worked on my deal with Luis DeCubas Jr. and we came to terms with Al and their team. I am happy to be part of Al Haymon’s team. He has all the best fighters and I was very happy when I heard I would be side by side with all this great talent he has.

RTV: Lets talk about your younger days. You grew up in Santiago de los Caballeros, Dominican Republic. How were things for you?

JCP: I had a rough childhood growing up but always considered myself lucky because others had less. My family was very poor. I had to help my mom at an early age. I was introduced to boxing at age 7 and it was the best thing that ever happened to me. In poor countries you have to find a past time, something to keep your mind occupied to not really concentrate on your surroundings, you know. Boxing was that for me. It became my life. Even though we were poor we had no lack of love in my small house. We were blessed with meals daily, some better than others, sometimes less, sometimes more, but we always found a way to make it through. I was taught to always put God first as a young boy and until this day it’s how I live. I have no complaints and no regrets of my childhood. It was quite a ride. And as I grew older I joined the military and eventually became a police officer in my country.

JCP: A friend of mine, Morongini, took me to watch his brother box. I was immediately in love with what I saw. I asked how I could box and they asked me where I lived. I brought my uncle the next day and he signed me up. The rest was history. Me and Morongini went to the gym daily. After a few months he stopped boxing and I never did, never looked back.

RTV: You were a very good amateur, fighting twice at the Olympics, World Championships and Pan-Am games. Tell us about those experiences and how they helped mold you as a boxer?

JCP: Fighting in the Olympics, Worlds and Pan-Am Games was such a crucial part of my development. It was a great experience I mean you are with the best of your country going to face the best of every other country. What can I say? It’s a rush that’s indescribable. … These experiences taught me how to win, how to act, how to represent my country, how to be a young man who could make a difference in life. It helped me to believe in myself and my skills and it taught me to have dreams and expectations. Look what happened to me for believing and having dreams; I became the world champion.

RTV: Away from boxing, what do you enjoy doing?

JCP: I like to play baseball, basketball definitely, not football. Those guys are way too big. I like to shoot pool, I run marathons. Just won a 25K run, first place baby, with headphones on all the way to the finish line. What I love doing the most when I’m not boxing is just plain old hanging out with my kids. They are my life and the reason I live and fight.

RTV: Do you have a message for Warren?

JCP: This will my hardest fight to date but our sparring is right on and we have worked like no other camp. Every time the fight was postponed I just kept getting in primal shape. Rau’shee better be ready. I know I will. I come to give fight fans what they want to see. My message for Rau’shee is I am willing to die in the ring Aug. 2 for my victory. Are you?

Questions and/or comments can be sent to Anson at [email protected] and you can follow him atwww.twitter.com/AnsonWainwright