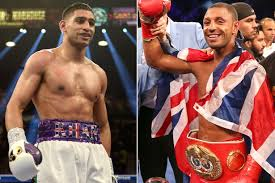 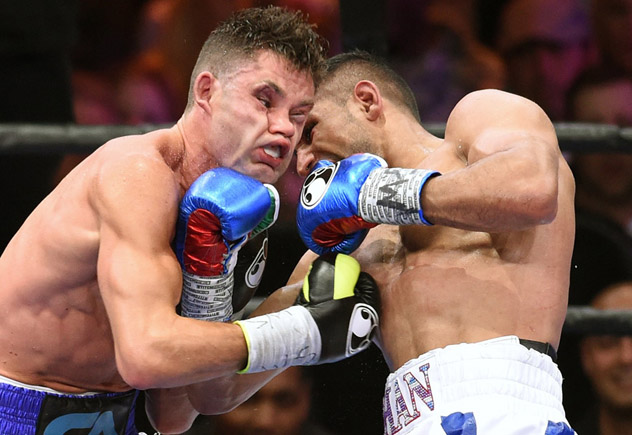 Khan, rated No. 3 by THE RING at 147 pounds, has been on a mission to get Mayweather in the ring for years but has always been found wanting. That situation is now looking terminal as the American has stated several times that his next bout will be his last.

All is not lost, however, as it now appears that Mayweather’s departure could pave the way for the all-British super fight which UK fans have been clamoring for.

“Eddie [Hearn of Matchbook Boxing] sent me a text and I invited him to Bolton,” Khan told The National. “We had a meeting at my office and discussed everything for a potential fight against Kell Brook in 2016.

“I have made it clear to Eddie that I want this fight to be a big fight worldwide, not just in the U.K. I told him Kell needs to fight a couple of big names and beat them, obviously. The fight will be a Khan Promotions and Matchroom Promotions event in the UK, at Wembley Stadium.”

Khan said friction between his camp and Hearn have been set aside but still believes the unbeaten Brook will be an easy proposition to overcome.

“Do I think this is a 50/50 fight? Absolutely not. Kell is a very comfortable opponent for me. Styles make fights and his style is perfect for me. I will beat him very easily. He won’t be able to handle my speed, power and footwork.”

Earlier today, there were reports that Khan could face Manny Pacquiao in Dubai, sometime in 2016, but The National also retrieved quotes from the Dubai Sports Council who poured water on such an event.

“The board of directors have not had any such meetings to discuss a Manny Pacquiao and Amir Khan fight in Dubai,” a council spokesman said, “and they have not set any budget for this event for 2016.”

Information courtesy of Omar Al Raisi of The National UAE.