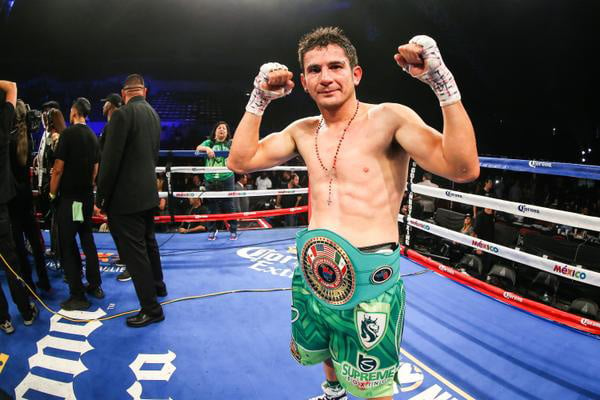 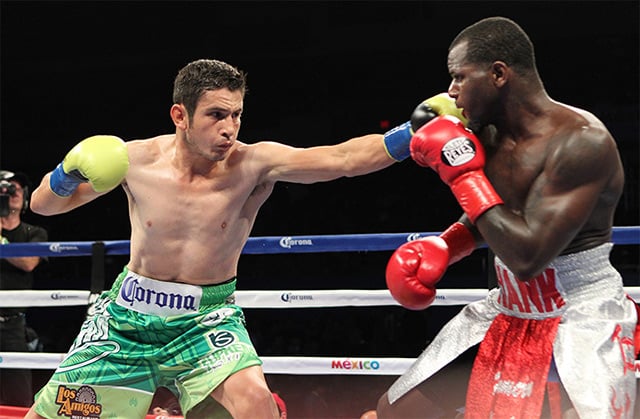 Herrera (22-5, 7 knockouts), of Riverside, California, who suffered the ugly fight-ending gash to his right eyelid was ahead on two scorecards by just one point, 48-47. The third scorecard was even, 48-48. The bout was marred by head clashes, grappling and rough stuff from both fighters, but it was that close.

Lundy (25-5-1, 12 KOs), of Philadelphia, started fast, catching Herrera with fast combinations, rocking the local favorite with an accidental headbutt at the end of Round 1. The switch-hitting boxer-puncher continued to nail a confused-looking Herrera throughout Round 2, as more inadvertent headbutts drew blood around Herrera’s eyes.

However, Herrera found his awkward rhythm in Round 3, daring Lundy to engage with him and then getting the better of the Philly fighter during heated exchanges. Lundy stormed out of his corner for Round 4 but found Herrera, who countered well and worked more during the infighting (especially to the body), ready for him. 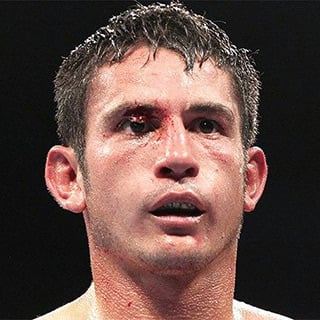 Herrera was slipping shots and getting his jab off well during Round 5, but just as the fight began to heat up it came to an abrupt halt when referee Jack Reiss waved it off at 2:09 on the advice of the ringside doctor, who was concerned about the deep and wide jagged cut over Herrera’s right eye.

According to the Unified Rules of Boxing, if an accidental foul causes an injury severe enough for the referee to stop the bout after four completed rounds, the bout will result in a technical decision awarded to the boxer who is ahead on the scorecards at the time of the stopapge.

“He stung me in the first round and I kind of lost focus,” Herrera, THE RING’s No. 8-rated junior welterweight, admitted after the fight. “I started finding my momentum as the rounds went on. But, the issue with the cut really made the fight lose its rhythm and momentum.

“I can’t see how deep the cut is but I feel physically fine and could have kept going. I am in good condition and was landing good body shots and was wearing him down.”

Lundy was understandably upset by the way the fight ended and by the official scorecards.

“You saw it. He couldn’t handle my speed, my power or my skills so he was holding and doing a bunch of other dirty stuff,” Lundy said after the HBO Latino-televised fight. “I know I won the fight, and I was ready to take him out if it kept going.”

In the co-featured bout of the Golden Boy Promotions card, lightweight fringe contender Michael Perez stopped late-sub Luis Sanchez in the sixth round of what had been an uneventful fight.