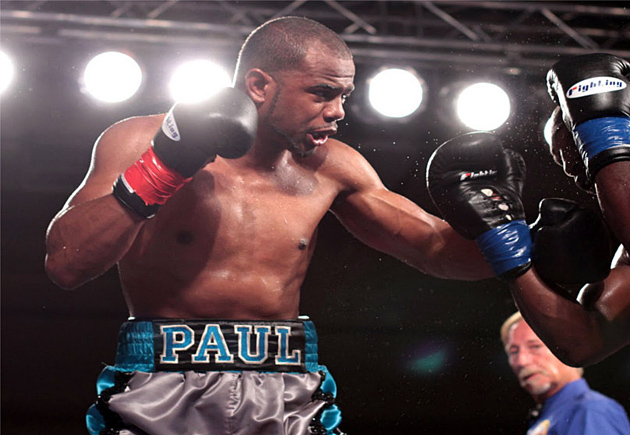 Paul Mendez scored a split decision over David Lopez in the 10-round super middleweight main event of a “Golden Boy Live” card on Friday at the Storm House in Salinas, California.

Mendez (19-2-2, 9 knockouts), who normally fights at middleweight, won by scores of 98-91, 97-92, 94-96. The 26-year-old Salinas resident landed enough hard right hands during the competitive fight win the majority of rounds in the eyes of most observers but he didn’t have an easy time with Lopez (41-16-1, 25 KOs), a 37-year-old veteran from Mexico who has been a pro for 20 years. Lopez weighed in at 167 pounds and appeared to rehydrate to at least 190 pounds. The rangy 6-foot-2 southpaw used his size and savvy to his advantage as he attempted to walk Mendez down with stiff jabs and straight lefts to the body.

Mendez moved enough to avoid most of Lopez’s power shots to the head, while his right hands gradually busted up the face of the older fighter. However, the two super middleweights fought on even terms when they exchanged punches in close.

In the co-featured bout of the Fox Sports 1-televised card, junior lightweight prospect Andy Vences stopped Santiago Guevara in the fourth round of their scheduled eight-round bout. Vences (12-0, 8 KOs), of San Jose, California, was in command from the start, working a quick jab that set up hard, accurate combinations to the body and head of the 28-year-old Los Angeles resident. Vences caught Guevara (8-2, 3 KOs) with a right to the cheek bone at the start of Round 4. The punch caused Guevara to fold over and touch the canvas with both gloves, prompting referee Ed Collantes to start a count. Guevara motioned to the referee that he had had enough and the bout was stopped 37 into the round. Guevara said he was drained from making weight (he had originally weighed in at 133 pounds and had to sweat down to 130). Vences, 24, proposed to his girlfriend after the bout.

In the opening bout of the broadcast, Alan Sanchez, who was originally scheduled to face Steve Claggett in the main event, outpointed Carlos Lozano over eight rounds. Claggett was held up in Canada due to visa issues, so Lozano (7-5, 4 KOs), a Mexican journeyman based in San Diego, flew up to Salinas on one day’s notice to sub for the Canadian standout. Sanchez (16-3-1, 8 KOs) controlled the limited action from start to finish with his jab and lateral movement (with a few right hands and uppercuts thrown in for good measure).