Schiller Hyppolite wants to be the next Haitian sensation 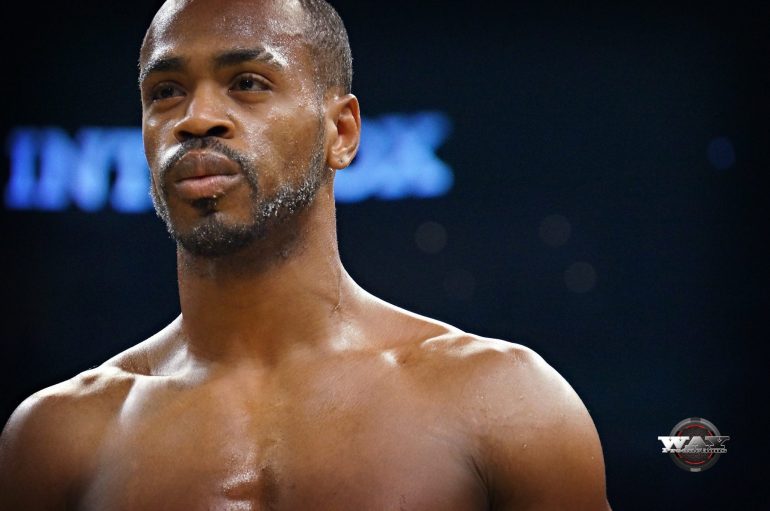 Confidence is essential for all athletes and, through time, Schiller Hyppolite has learned the difference between a healthy amount and a lethal dose.

The 29-year-old super middleweight boxer returns to action this Saturday when he meets Kevin Thomas Cojean in a 12-round bout at the Bell Centre in his hometown of Montreal, Quebec, Canada.

Hyppolite (15-1, 10 knockouts) is looking for his 11th victory in a row since learning a valuable lesson in his career.

“I was cocky and I lost,” Hyppolite says of Nov. 3, 2012, when he lost a six-round split decision to fellow unbeaten fighter Francy Ntetu in the same building in which he fights this weekend.

“I didn’t take him seriously because I knew I am a better fighter than him.”

Hyppolite had serious decisions to make in his career and life and his manager, Camille Estephan wasn’t going to allow this lesson to go unheeded.

“We had a good talk and I said, ‘Do you want to take loss after loss in boxing or do you want to be a champion?,'” Estephan tells RingTV. Hyppolite has responded since then, showing renewed dedication to work with trainer Jean Fran├ºois Bergeron while adding a conditioning coach to his team.

Hyppolite’s physical gifts have never been in question. The Haitian-born boxer has quick hands and feet, with the reflexes to sneak in body punches from the outside and step out of danger before his opponent can counter.

The problem had been his attitude, ever since he was kicked off the high school basketball team three times for what he calls “bad behavior.”

“I was always involved in fights, didn’t do my homework and never listened to no one,” Hyppolite says.

Individual sports fit his individualistic mentality and, at age 16, he found kickboxing. At age 18, Hyppolite injured both legs but continued training with just his hands. He tried out an amateur boxing match and that’s when he realized where his future lies.

“After the fight, everyone told me I should stay in boxing because I was really good.”

Hyppolite turned pro in 2011 and signed with Estephan’s Eye of the Tiger Management shortly after. There was a period of adjustment for the two men to find a mutual trust.

“He’s an extremely talented guy with a history of rebellious attitude, not doing what he needs to do for people to like him,” said Estephan. “I could see he’s a great guy who needed structure and someone he trusts. We became close on a human level after we gave him a couple of fights.”

Estephan took one look at the way Hyppolite fought and nicknamed him “Batman.”

“He said it matched well with my personality and I am always in black. By coincidence, he didn’t know that Batman is also my favorite superhero,” said Hyppolite.

Estephan also likened Hyppolite’s boxing style to a bat but admits the nickname goes deeper than what people see on the outside.

“He had his demons to beat. We all have our issues on a day-to-day basis. Being a boxer in the beginning of your career can be hard, especially when you’re not a gold medalist. He didn’t play his cards right at the amateur level, didn’t get the funding others got.”

Things are starting to go Hyppolite’s way now, as he’s rated in the top 15 of the WBC and IBF at 168 pounds. A win over Cojean (16-6-1, 5 KOs), of Pleurtuit, France, would be the next step in his path toward the stardom his handlers see for him as the next big attraction out of Montreal, after fellow Haitian-Canadians Adonis Stevenson and Jean Pascal, plus Lucian Bute.

Hyppolite has the ability to generate the same appeal, Estephan feels, but it’s a matter of getting the big names of the local scene to get in the ring with him.

“He’s making his name,” Estephan says. “Bute or Pascal, I think he’s able to beat them at this stage. If he gets the opportunity and beats them, he will be a star.”

Hyppolite, whose confidence is more understated than obtrusive these days, is content to let the process play itself out.

“I never wait or expect nothing,” said Hyppolite. “It will be when it will be.”