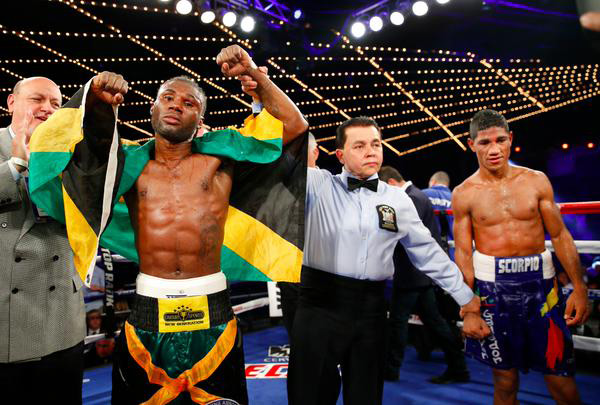 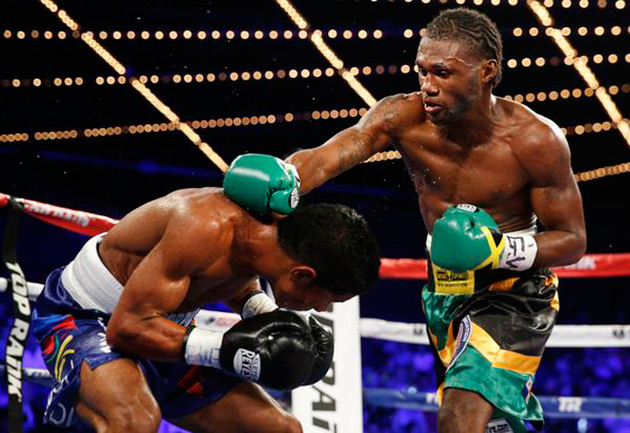 NEW YORK, N.Y. – Maybe it was the weight drain. Whatever it was, something was certainly drained from The Theater at Madison Square Garden, because at times, it seemed, Nicholas Walters and Miguel Marriaga were the only two in there on HBO’s “Boxing After Dark” main event on Saturday night, aside from the faint chirping from each of their corners.

Other than that, a fight that on paper promised to bring fireworks lugged lulls and sucked the life out of the arena.

Walters had already lost the WBA featherweight title on the scales Friday afternoon and seemed content to do just enough to win the majority of rounds. Marriaga had everything to gain by winning, but appeared out of his element, even though he owned an amateur victory over Walters ÔÇö the last time the 29-year-old Jamaican lost a fight. You would think that would stir some incentive in Walters. Nada.

Still, Walters did retain one thing he arrived with, that’s his undefeated record after a 12-round unanimous decision. Judge Glenn Feldman scored it 118-109, Eric Marlinski had it 117-110 and Waleska Rodan 119-108, as did RingTV.com, all for Walters.

“I caught him a few times, I hurt him a few times,” Walters said. “Amateurs don’t mean a thing. In the pro world, I’m much more organized. The crowd is used to Nicholas Walters knocking out people. I’m coming off eight months rest, and the guy was a tough guy. I hurt him. He was tough, he stood up and I know I hurt him. I was trying to get him and I just couldn’t get him. I lost my title and I tried to take everything off of my mind. This is boxing, you won’t get a knockout every time. He beat me as an amateur, but I showed him I was the boss.”

The seventh round produced a few sweat halos from both fighters. Though otherwise, the fighters seemed satisfied throwing one punch at a time, rarely using combinations. In the eighth round a spattering of boos began to pick up, and much like the two combatants themselves, petered out to a droning hum.

Walters (26-0, 21 knockouts) got Marriaga in some trouble in the last minute of the eighth with a right that connected on top of the Colombian’s head. Marriaga averted further problems by literally bouncing away from Walters until the bell ended the round.

At one point early in the ninth, a ringside fan yelled out, “Stop staring at each other and do something!” It was audible enough to be heard over the silence of the arena. Walters perked up the dosing crowd in the last 15 seconds of the ninth by hitting Marriaga (20-1, 18 KOs) with a counter right that knocked him down.

By then, Felix Verdejo, the Puerto Rican prospect who outpointed Ivan Najera in the co-featured bout of the evening, had come back out of his dressing room to the main arena. That gained more attention from the crowd than the fighters in the ring.

“He’s very strong for a fighter his size,” Marriaga said. “I tried my best, but he was just too good. I got very tired near the end of the fight. I felt like I was fighting a welterweight. He’s changed a lot since he was an amateur.”