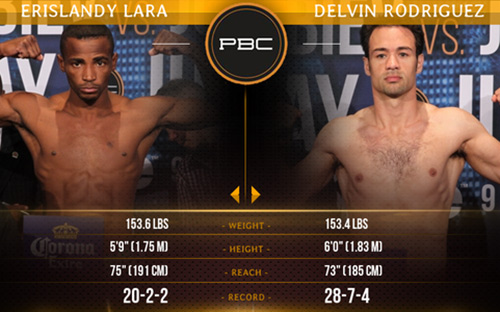 Top junior middleweight contender Erislandy Lara weighed in at 153.6 pounds for tonight’s “PBC on Spike” main event against Delvin Rodriguez, who weighed 153.4. Light heavyweight Artur Beterbiev weighed in at the division limit of 175 for his co-feature against Alexander Johnson, who weighed 174.2. The 10-bout card takes place at UIC Center in Chicago.

Below is the final bout sheet for the show, with fighter weights included: 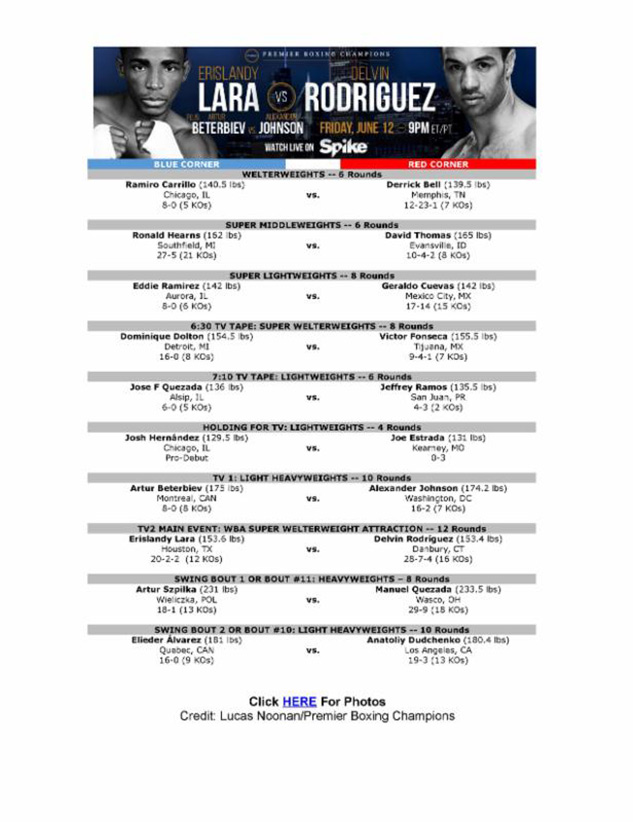