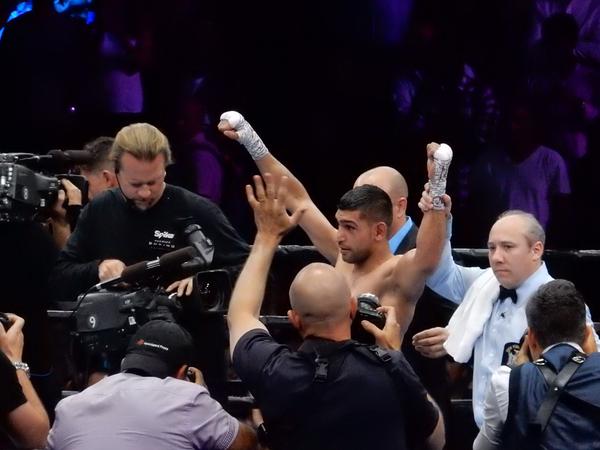 Amir Khan outpointed Chris Algieri in a brisk and entertaining 12-round matchup of former 140-pound beltholders on Friday at Barclays Center in Brooklyn. Khan, who was rocked by right hands a few times during the SpikeTV-televised bout, outlanded the game New Yorker with fast combinations en route to a unanimous decision.

However, Khan’s victory over Algieri wasn’t as one-sided as those against Collazo and Alexander. Algieri (20-2, 8 knockouts) wasn’t expected to give Khan much of a fight given his dismal performance against Manny Pacquiao last November but the 31-year-old boxer from Long Island, New York, had his moments by often pressing the action, working Khan’s body in spots and finding a home for his lead right hand.

However, Khan’s lightening fast one-two combinations, and the occasional uppercut, marked up Algieri’s face by the late rounds of the bout.