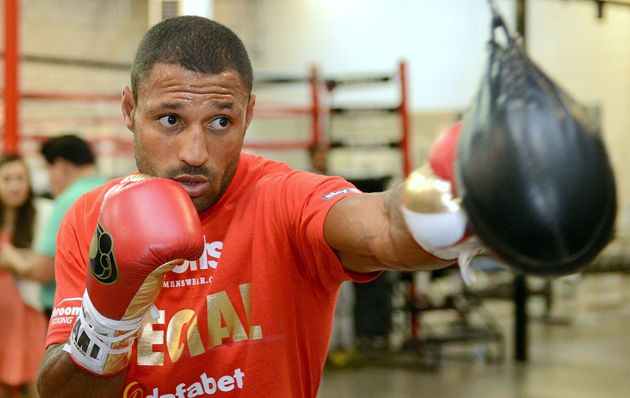 There was barely a shred of fat to be had at the weigh-in for the huge Matchroom Boxing show which takes place on Saturday at the O2 Arena in London on Saturday.

Pre-fight antagonism was kept to a minimum and there was ample respect between the participants, who will be performing on a pay-per-view card to be broadcast live on Sky Box Office in the U.K.

Only Jorge Linares, who defends his WBC lightweight title against Kevin Mitchell, failed to make weight. The Venezuelan came in 4oz over the 135 pound limit and was given one hour to take off the excess.

The official weights for the card are as follows: