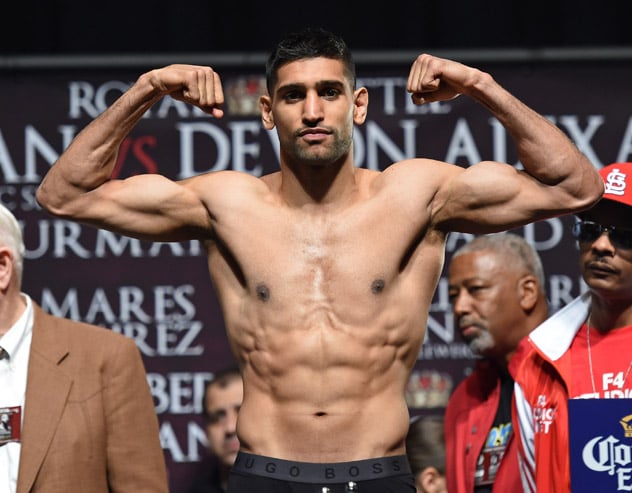 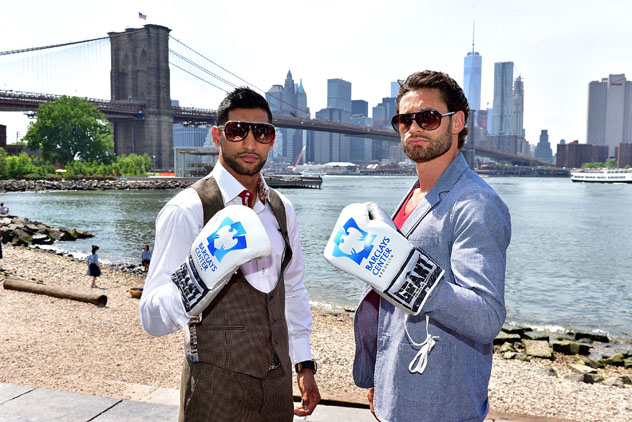 Former junior welterweight titleholder Amir Khan is refusing to overlook Chris Algieri despite rumors that he could be next in line to face pound for pound star Floyd Mayweather.

The 28-year-old Brit, who faces Algieri on Friday in Brooklyn, New York, has been mooted as Mayweather’s final opponent for September 12. However, Khan has refused to look ahead and insists his focus is solely on Algieri, who will have home advantage when the pair clash at the Barclays Center.

“My thoughts are on Chris Algieri and him alone,” said Khan in a press release issued by BoxNation. “I’m not looking past Friday night because in boxing you can never do that. I’ve learned that through the years.

“I’m focused on Algieri because I know he’s a dangerous opponent and he’s someone who has my full respect. I will need to be on my ‘A’ game against him because he has a history of upsetting the odds. You can’t ignore that history but at the end of the day I believe I will have too much for him.”

Khan (30-3, 19 knockouts) was referring to Algieri’s wins over Emmanuel Taylor and then WBO junior welterweight champion Ruslan Provodnikov, victories which propelled him into a mega fight with Manny Pacquiao. The 31-year-old was beaten convincingly by the Filipino great last November but incredibly rose from six knockdowns to reach the final bell.

“I think Algieri has learnt a lot of things from the Pacquiao fight. He may have lost but he showed great determination to keep getting back up and fighting,” said Khan.

“The fact he has changed trainers also shows the type of character he is. He wants to improve and he recognized that he needs to make changes – that’s something to admire. John David Jackson is a very good trainer but it takes time to pick things up with a new coach so I’m going to be looking to take advantage of that. It’s going to be a very difficult night for Algieri.”

Khan switched from Freddie Roach to San Francisco based coach Virgil Hunter three years ago, a move which is now bearing fruit.

“Each training camp my bond with Virgil gets stronger,” said Khan, who is THE RING No. 3 rated welterweight. “He gets to know me more and I think people are beginning to see that. Against Luis Collazo and Devon Alexander you saw the improvements we have been making and I believe this time you will see even more positives.

“Virgil knows what works for me and how to get through to me – he’s making me a complete fighter. I’m a smarter fighter than I ever was before.”

Khan vs. Algieri is part of the Premier Boxing Champions series and will be shown live on “Spike” in the U.S. It will also be shown on BoxNation (Sky 437/490HD, Virgin 546, TalkTalk 525) in the U.K. Visit boxnation.com to subscribe.