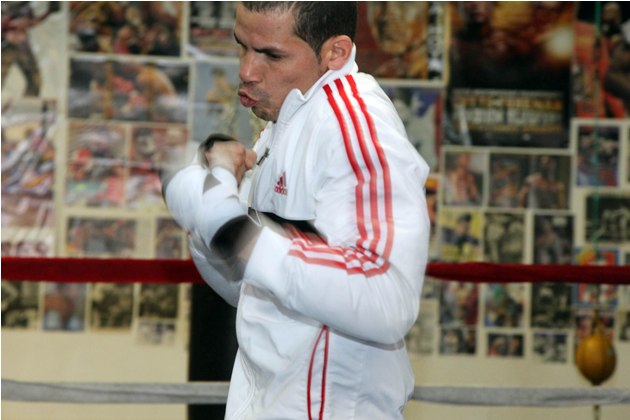 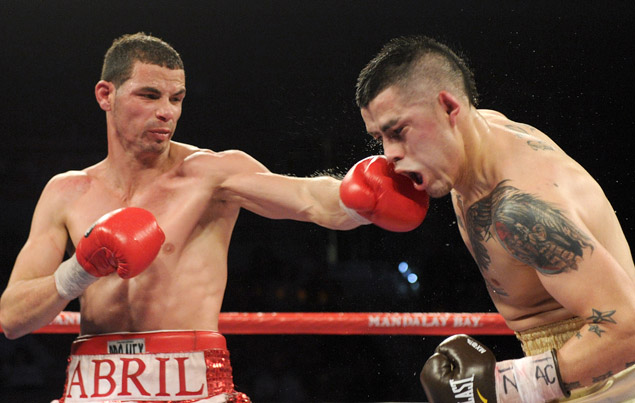 WBA lightweight titleholder Richar Abril has pulled out of a scheduled date with Derry Mathews, for a second time, reportedly due to illness.

The fight was to have taken place on April 18 in Mathews home city of Liverpool, England, but the Cuban, rated No. 3 by THE RING at 135 pounds, has left his opponent at the alter once again.

“We are in discussions as to the current position of the world title and expect to hear back shortly from the WBA,” said Mathews promoter, Frank Warren, via a press release issued earlier.

Warren still expects Mathews to contest for a “version” of the WBA title on the same date but this will be another enormous letdown for the British veteran who is at the tail end of his training camp.

Abril was initially scheduled to box this opponent on March 6 but an infection prevented him from traveling. Mathews, who is a former British and Commonwealth champion, went ahead with a non-title bout against Gyorgy Mizsei Jr., which he won by fifth round stoppage.