Gabriel Rosado focused on BKB, Curtis Stevens, but not done with boxing 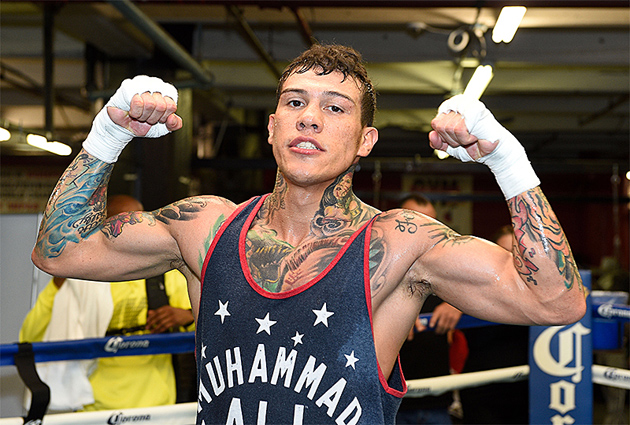 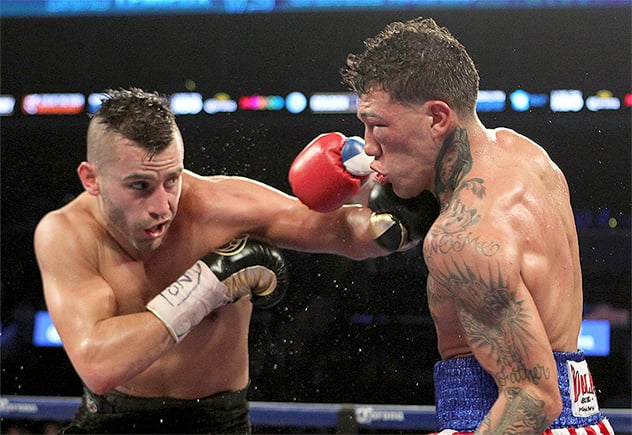 Despite Gabriel Rosado not having a notch in the win column in his last five fights, the 29-year-old still retains more appeal than most undefeated fighters courtesy of his never-say-die attitude and penchant for entertaining crowds whenever he steps into the squared circle.

Fans have taken more good than bad from his fights against Gennady Golovkin, Peter Quillin, David Lemieux and J’Leon Love – a fight most thought he won but was later changed to a “No Contest” after Love tested positive for a banned substance.

Sure, losing sucks but Rosado can take great pride in knowing that he has consistently given fight fans the long lasting gift of entertainment. Which is why there is a buzz surrounding when the Philly fighter will defend his Big Knockout Boxing middleweight title against Curtis Stevens on April 4 in Las Vegas. Although not reflective in his professional record, Rosado won the combat sports organization’s inaugural title by knocking out Bryan Vera last August and will have the opportunity to put the company on his back when he defends it on Saturday.

“The thing I like about the BKB thing is that I think it brings out the best in me,” Rosado told RingTV.com about the promotion where combatants wage war in “The Pit,” which is half the size of a boxing ring and has no ropes. Fighters compete in seven two-minute rounds in close quarters with the expectation for more action and, potentially, more knockouts. Although there are similarities with traditional boxing, BKB is keenly aware that casual fight fans care less about the nuances of the sweet science and are more enamored with the idea of a fighter being knocked unconscious.

“I thought it was crazy at first,” Rosado said when he was first called to participate in last August’s event. After dropping a wide unanimous decision to Jermell Charlo in January, Golden Boy Promotions presented Rosado with the opportunity to participate in BKB’s debut show. After having his concerns that it would be more like bare knuckle fighting relieved, Rosado was set to face David Estrada in a preliminary bout. However, when Bryan Vera’s original opponent, who happened to be Curtis Stevens, pulled out to face Hassan N’Dam, Rosado asked to be promoted to the main event. “Everybody thought that the fight would suit Vera because he’s known as a toe-to-toe guy but I took care of business.”

Rosado admits that earning a knockout victory in BKB helped ease the pain of not having a victory since 2012. It also helped propel him into a showdown with David Lemieux last December where Rosado put on yet another gutsy performance that was a hit ratings-wise. However, Rosado was on the short end of the stick yet again as Lemieux walked away with a 10th-round stoppage victory.

So what’s the difference between fighting in the ring and “The Pit” for Rosado?

“Being that BKB is 2-minute rounds and only seven rounds you can’t afford to not be busy,” Rosado explained. “It allows me to just react and let my hands go where in a 12-round fight you kind of have to pace yourself and get caught up overthinking it. It’s something that I need to bring to the traditional boxing ring.”

Nevertheless, Rosado is keenly aware that he has managed to be an attraction because of how he fights and is fine with that for the time being.

“Boxing is entertainment and it’s about who puts asses in seats and gets ratings,” he said. “That’s what I do. Nobody knew who Lemeiux was before our fight but we drew 1.2 million viewers. I’m not saying he doesn’t have fans but a lot of that had to do with me. That’s something that I don’t get credit for.”

This Saturday, Rosado said his road back to a boxing world title fight will go through the heavy hitting Stevens. And in this type of match, Rosado believes he’ll have the advantage.

“I think with a traditional boxing matchup he has the ropes to play,” Rosado said. He likes to lay on them and let the guy throw shots and crank up a left hook. He can’t do that here. What you see is what you get with him and he really wants to load up on the left hook. He’s not a crazy combination puncher either. Once I lock in on that I can dictate the pace.”

A victory will not only put Rosado back on track, but it will also put him in the position to be BKB’s marquee fighter. However, as much as Rosado is intrigued with the idea of being the poster boy for BKB, he’d like to prove himself back inside of the traditional boxing ring.