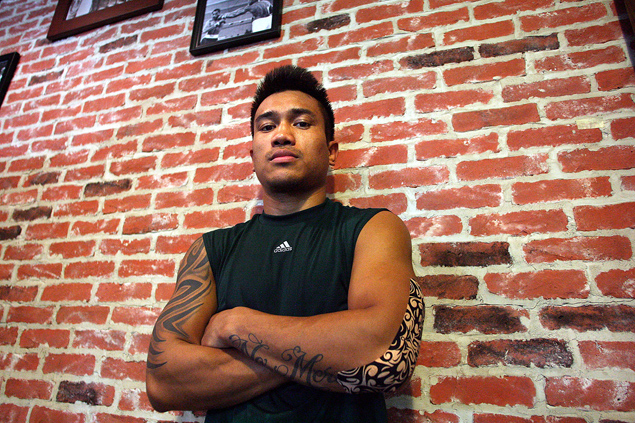 Junior welterweights Carlos Molina and Mercito Gesta will square off in a crossroads bout on Apr. 30 at the Fantasy Springs Casino in Indio, Calif., manager Frank Espinoza told RingTV.com.

The 10-round bout will headline a Golden Boy Promotions card and will be broadcast live on Fox Sports 1 and Fox Sports Deportes.

Molina (17-2-1, 7 knockouts) has lost his last two bouts, but those defeats were against some of the best fighters in boxing today. In his last bout on May 3, Molina lost a 10 round unanimous decision to Adrien Broner. The Broner fight was his first bout in almost a year and a half, when he was stopped by Amir Khan after the 10th round.

Molina is managed by Espinoza.

The Philippines-born Gesta (28-1, 16 KOs) has won his last two bouts since suffering his only defeat at the hands of then-IBF lightweight titleholder Miguel Vazquez on Dec. of 2012. In his last bout on Jul. 18, Gesta, who currently resides in San Diego, stopped Luis Arceo after the seventh round.