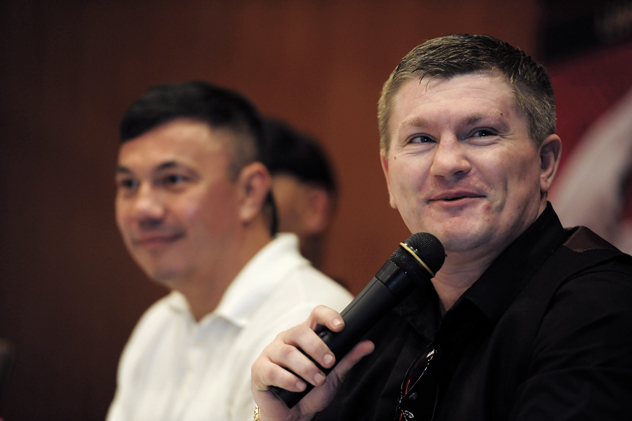 The soccer-style entrance, the fat suit, the beer-thirsty fan base, and the bursting body attack which pulverized ribcages on both sides of the Atlantic. Former two-weight world champion Ricky Hatton will always be missed as a fighter because he brought a unique and enormously entertaining presence to his sport.

“The Hitman” dethroned the great Kostya Tszyu in his beloved city of Manchester amidst noise one could only find at a sold-out death metal concert. He won IBF and RING junior welterweight titles that night, added the WBA strap with a one-punch knockout of Carlos Maussa, and ventured to welterweight to dethrone that organizations titleholder, Luis Collazo.

Hatton did come unstuck in huge collisions with Floyd Mayweather Jr. and Manny Pacquiao but nobody held it against the Manchester icon – except himself. In 2012, he returned from a three-year exile to face tough Ukrainian Vyacheslav Senchenko but there was very little left and, in a cruel piece of irony, he lost for the final time on a body-shot knockout.

Now 36 years old, Hatton has put a variety of personal problems behind him and is fully focused on the future. The father of three is CEO of Hatton Promotions and is also a full-time trainer at his state-of-the-art gym in Manchester.

RingTV caught up with “The Hitman” for an update on his promotional stable and the group of young fighters who are willing to taste their own blood to follow in his footsteps.

RingTV: I would imagine that you’re just as busy as you were when you were fighting. Is that accurate?

Ricky Hatton: I’ve been very busy and I think you need to be when you retire. At the moment I’m training Sergey Rabchenko, who will be entering the WBC junior middleweight tournament, and Zhanat Zhakiyanov, who is rated No. 1 by the WBC at bantamweight – both European champions. I also train the Upton brothers (Sonny, Anthony and Paul) who were all national champions, and Kirill Relikh, who is rated in the top three of the European rankings at junior welterweight.

RTV: All of that along with your duties as a promoter?

RH: I promote Lucas Browne, from Australia, who is right in the thick of it with the heavyweights at the moment. We also represent two former Olympians from over there, Damien Hooper and Cameron Hammond. Adam Etches is making moves at middleweight. It’s a small group that I train and promote now, but it’s a quality group and most of them are on the verge of fighting for titles. It’s exciting times and hopefully we have some new champions in the very near future. 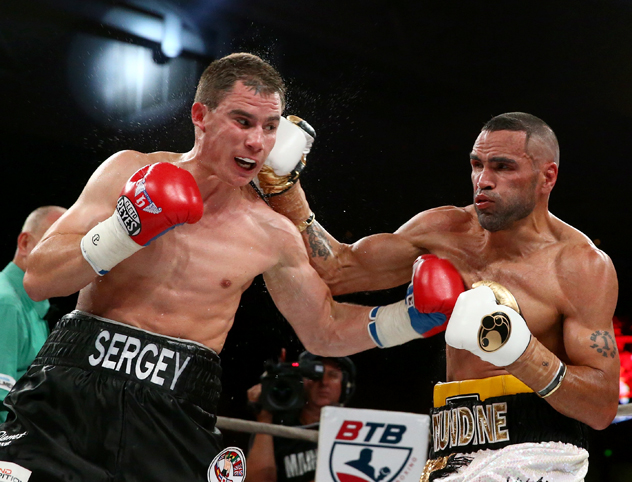 RTV: Lucas Browne is unbeaten in 22 and heading towards a big fight. Have you been impressed with his development?

RH: We’re looking to make the fight with Ruslan Chagaev for the (regular) WBA title right now. Lucas was ranked high with all the organizations but if there’s one thing I’ve learned from the promoters I’ve worked with it’s to make the right move at the right time.

RTV: You were understandably vocal when Sergey Rabchenko lost a controversial decision to Anthony Mundine in November. The WBC ordered a rematch but you mentioned a junior middleweight tournament for Rabchenko?

RH: The rematch wasn’t going to happen because Mundine is looking to go down another route and I don’t blame him. He got away with the decision and Sergey wasn’t even on top form that night. Mundine will know that and Sergey is only going to be better second time around. Mundine’s win, even though it was controversial, allows his team to make some big fights, so why risk a rematch? As I said, Sergey will enter the eight-man WBC elimination tournament which is scheduled to begin in April or May. If he wins that, then a world-title shot would be next. This route is good for his stock, his reputation and his pocket.

RTV: Adam Etches is unbeaten at middleweight. He’s in against Sergey Khomitsky, the ultimate gatekeeper at 160 pounds, on March 28, in Sheffield. What are your thoughts on Etches and that fight in particular?

RH: I think it’s a fight that Adam wins and it’s a fight that he’s ready for. He’s a very big puncher but needed some fine tuning on the way up like any other novice pro. Adam has added some subtleties to his game and now it’s time to make a move. He’s a bit behind the leading pack of British middleweights but is due a step up, and I’ve seen enough improvement in him to be very confident.

RTV: I know Sonny Upton is another prospect you have high hopes for. Who else should fans keep an eye on this year?

RH: The Upton brothers are going to be great and Zhanat Zhakiyanov is a world champion in waiting – no doubt. It’s exciting times for my whole stable, to be honest with you.

RH: I just want to do what’s best for the fighters I train and promote, really. These are great times and I’m looking forward to the future. I’m also doing charity work, sportsman’s dinners and staying busy. I’m a huge fan of the sport and I always will be.