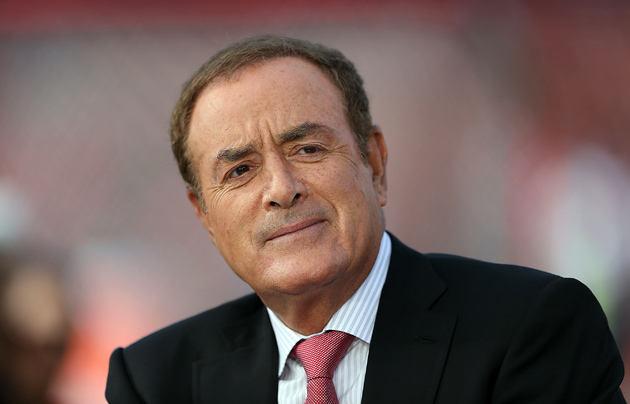 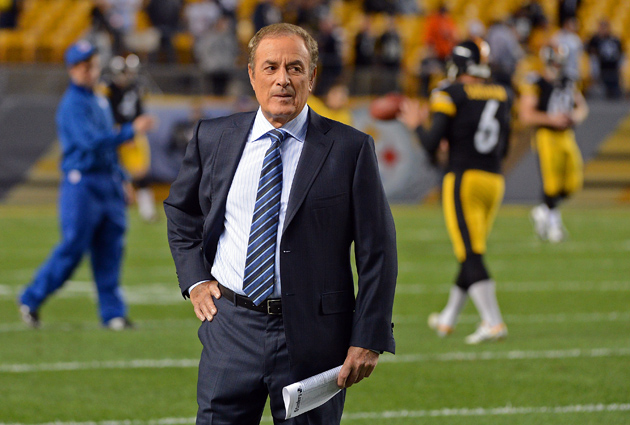 Younger sports fans associate Al Michaels primarily with NBC football, but the broadcast veteran has history with boxing and a lot of love for the sport. Photo by George Gojkovich / Getty Images

Al Michaels once made his position on the possibility of sporting miracles unforgettably clear.

So it comes as no surprise that the broadcasting icon – whose voice alone can stop even a prolific channel surfer cold – expressed true optimism for NBC’s new boxing series slated to debut in primetime this Saturday.

“There are very few things in sports as exciting and exhilarating as the buzz before a great championship fight,” Michaels said this week before hosting the Premier Boxing Champions broadcast. “Much of that has been lost over the past 25 years because of the limited audiences, so getting the sport back into the mainstream is something I’m hoping will happen.”

This sunny yet sober assessment acknowledges the challenges faced by a sport that once ran rampant over the airwaves but has since faltered badly. Left rudderless by fractured sanctioning bodies and haphazard programming, pugilism has been sent into a multi-decade tailspin.

Disparaged as a “niche” sport followed only by a fringe of “hardcore” fans, fighters who would once have been household names were suddenly relegated to the cable margins and poorly-lit corners of the internet.

The mere act of securing Michaels and fellow broadcasting legend Marv Albert suggests that PBC organizers are acutely aware of just how far the boxing ghost-ship had veered out of the mainstream and into the backwaters of near-irrelevance. While undoubtedly qualified, an Al Bernstein wasn’t going to cut it under these circumstances. Not even a Jim Lampley.

Turning this vessel around was going to require veteran captains with a proven record of finding land.

Clearly, no other names would have lent NBC’s ambitious prime-time offensive the same level of legitimacy and mainstream allure like Al and Marv. Installing the last great broadcast television boxing superstar Sugar Ray Leonard to handle color commentary made for a potent trio that series bosses hope will dust off memories of the sweet science’s glory years.

While most television viewing decisions are made based on visuals, a select few are made on voices. Sports fans necessarily equate the identity of the broadcaster to the weight of the event being presented – and make their decisions to watch accordingly.

With a combination of ubiquity and mastery, Michaels has forged a generalized sports credibility that spans from hockey to football to boxing. If he called Olympic curling, the sport suddenly became significant, the participants morphed into supreme athletes, and the remote was ignored.

Younger sports fans no doubt associate the broadcaster primarily with NBC football and, by way of YouTube, his call at Lake Placid of the U.S. Hockey team’s triumph over the Russians. But the Brooklyn native has deep ties to boxing, entering the fight game while at ABC after Cosell rerouted away from the sport in the late 1970s and early ’80s.

From a broadcasting standpoint, the appeal quickly became obvious. The “stuff” of the televised sporting realm – drama – was in glittering abundance at the big fights. The opportunity to artfully convey this unique tension made Michaels salivate.

“I used to love the buildups to the championship fights,” he told MSNBC this week. “There’s a feeling, a mood that surrounds the beginning of these great fights.” 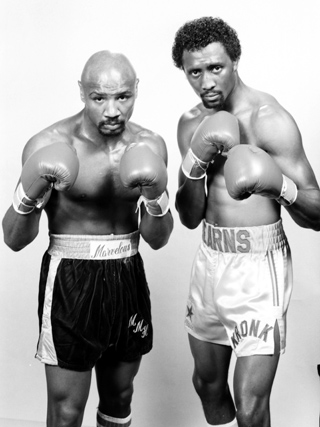 This edgy mania was perhaps best exemplified one humid night at Caesar’s Palace in Las Vegas on April 15, 1985. Then 40, Michaels sat ringside and called what some consider the most hellacious three-rounds in history. Marvelous Marvin Hagler eventually snuffed out Thomas “Hitman” Hearns after nine-minutes of thudding, flailing hysteria.

“It was breathtaking,” Michaels recalled. “It was stunning. It was unbelievable. It was one of those things that when it was over you had to almost rub your eyes and say did I see what I think I saw. For me, I think of all the events that I’ve been lucky enough to be there for and be a part of in terms of the actual broadcast – I rank that right up there.”

But that was 30 Aprils ago. Unlike today’s ring combatants, Hearns and Hagler were nursed on free network broadcasts. They grew up in the public eye like sitcoms child stars. Their immortal 1985 collision was stitched from countless preceding network bouts that lent the two men the greatest marketing tool available – exposure, and lots of it.

“A lot of the guys who would have been far better known years ago are not known these days because of the fact that you don’t see them on broadcast television,” Michaels said.

There may have been a Leonard among us, Michaels theorized. There may have been several Leonards available to the sport over the past two decades. But unlike the legendary star – who had almost every one of his fights from the Olympic trials to his late stage professional bouts on network television – they didn’t have the platform. Until now.

Whether there’s a Leonard lurking somewhere in Saturday’s NBC broadcast – be it Adrien Broner, John Molina Jr., Robert Guerrero, or Robert Thurman – is, of course, unclear.

But the fighters will at the very least have a unique opportunity to campaign for stardom – and for the sport of boxing – under a true national spotlight and with perhaps the weightiest living narrator of sports drama looking on.

S.A. Algar is a journalist based in Brooklyn, New York. Follow his boxing musings at https://twitter.com/hiddenfist