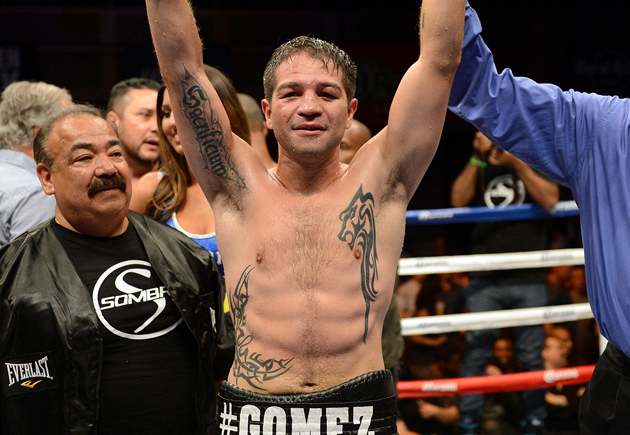 The 10-round bout will take place in the junior middleweight division and will be supported by a 10-round featherweight bout between once-beaten Ronny Rios and Jesus Navarro. Former Irish amateur standout Jamie Kavanagh will be featured in the eight-round television opener against an opponent to be determined.

Gomez (24-6-2, 12 KOs), a Los Angeles-based veteran from Guadalajara, Jalisco, Mexico, has faced many notable fighters during his 14-year career, including hall of famer Arturo Gatti, who he stopped in 2007, Miguel Cotto, Canelo Alvarez, Jose Luis Castillo and Shawn Porter.

Kamegai (25-2-1, 22 KOs), a 32-year-old slugger from Tokyo, has made a name for himself among hardcore American fan with U.S.-televised slugfests against Jorge Silva in 2012 and Robert Guerrero last June.

The two aggressive fringe contenders should make for an entertaining fight.