Millions can tune in free to watch Carl Frampton-Chris Avalos 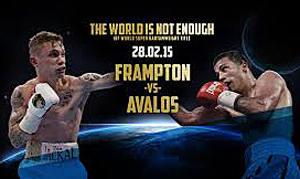 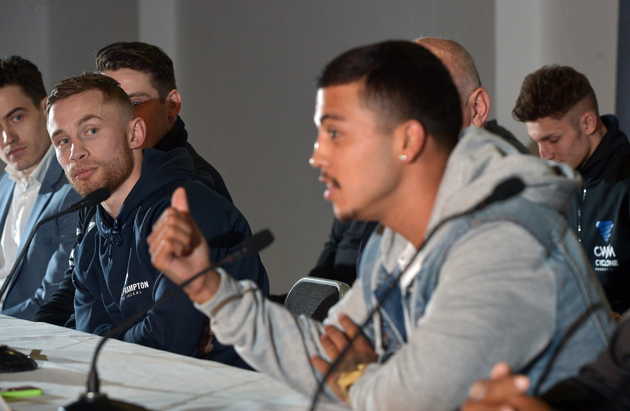 The eagerly awaited IBF junior featherweight title bout between beltholder Carl Frampton and mandatory challenger Chris Avalos takes place this Saturday in Belfast and millions across the UK and the Republic of Ireland will have access to the bout on free terrestrial television.

Frampton, rated No. 1 by THE RING at 122 pounds, is taking boxing back to the masses across the Atlantic and the versatile boxer/puncher is well aware of the responsibility he carries into his first title defense.

“It’s fantastic that the fight will be shown live on ITV in the UK and on UTV in the Republic of Ireland. Boxing needs this kind of exposure and I am over the moon that I will have the chance to perform on such a massive platform,” said Frampton, in a press release distributed by Cyclone Promotions.

Avalos said, “Everybody is going for him. I’m the villain here but that’s OK. I expect that and I feed off that. It’s a beautiful place and the people could not have treated me better. I’m ready. I have nothing to lose and everything to gain.”

The unbeaten Frampton, 19-0 (13 knockouts) won the title from Kiko Martinez via unanimous decision in September and was heavily favored on the basis of a previous win over the Spanish slugger.

His first defense promises to be a lively occasion as Avalos is not known for taking a backward step. The California based challenger is 25-2 (19 knockouts); his only two setbacks were via split decision to Christopher Martin and former IBF junior featherweight champion Jhonatan Romero.

Avalos has arrived in Belfast loaded with confidence but odds makers feel the visitor, who is a 5-to-1 underdog, needs more than self-belief to dethrone the popular Belfast star.

Quotes and information provided by a press release.