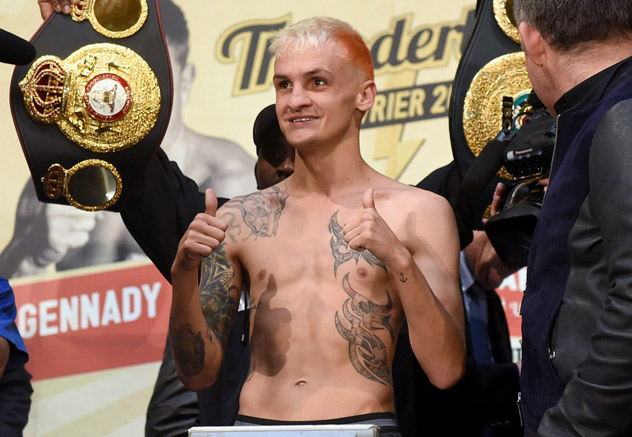 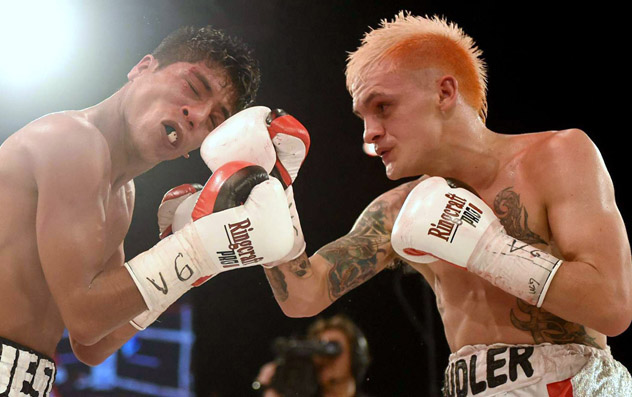 Budler (28-1, 9 knockouts) looked to trade with the naturally bigger challenger in the early stages of the bout before finding his rhythm, using his boxing skills to find angles and outfox the Mexican to win a unanimous decision (117-110, 115-113 twice).

The bout took place on the undercard of Gennady Golovkin’s impressive stoppage of Martin Murray in the opulent surroundings of Monte Carlo. The tiny principality is very much Budler’s home away from home; it was the third consecutive fight there for the South African.

“I enjoy it here and the people seem to enjoy me,” Budler told RingTV.com. “I went for a walk just now before I came here (back to the hotel) and a few people took photos of me. You find that people recognize and know you. I love the place, it’s a nice place, clean place, the people seem to like me and I enjoy it when I can make people fall in love with the sport.”

Former junior lightweight world champion and Hall of Famer Brian Mitchell is ranked among the best South African fighters of all time, and he was impressed by his countryman’s performance.

“Absolutely unbelievable, phenomenal,” said Mitchell. “He proved he can box, he can fight, he can punch. He fought a good fighter; he fought a guy who came to fight. Hekkie Budler is the real deal.”

RingTV.com caught up with Budler and his manager/trainer, Colin Nathan, on Sunday morning, just hours removed from his successful title defense. We spoke at length about a variety of subjects including his trip to Monte Carlo and what the future holds.

Anson Wainwright – What are your thoughts on the win over Silvestre?

AW – Colin, what did you think of Hekkie’s performance?

Colin Nathan – I knew it would be tough. I thought Hekkie’s performance in the second half of the fight was great. The first five, six rounds he stood a little bit too much but as soon as he started using angles, it was a one-man race. I thought the angles and keeping the Mexican off balance and looking for us was the big difference in the fight.

HB – I was actually a bit surprised, I could feel in the fight he was much heavier than me, he was much stronger than me. I don’t think it made a big difference because I spar bigger guys, ‘cuz it’s hard to get guys my weight in sparring. So I was quite used to that and it was fun. I like to be pushed and to have a hard fight.

AW – Tell us about the trip?

HB – We arrived last Sunday (Feb. 15), I came here [to the hotel], the first thing I did was a run. We started training the next day. I can probably tell you better than everyone here what the hotel rooms look like! (Laughs.)

AW – You’re a little guy, you’ll enjoy the fruits of your labor for a little while – what sort of weight will you get up to?

HB – I pick up to around 118-120 pounds. If I start training, I start cutting [weight] straight away because I like to walk around close to my weight as possible when I’m in training.

AW – What is next for you in terms of who you fight?

AW – Colin, you oversee everything Hekkie does – what would you like for him next?

CN – I’d like to have a fight within the next four months, I like to have three fights a year for him, especially in 12 rounds.

CN – We haven’t fought back at home now in over a year. It depends on economics. If we can get a good pay in Monte Carlo, that’s business, if we can get a good deal in South Africa we’ll fight in South Africa. I like fighting here, I think the crowds warmed to Hekkie. I think he’s become not a house fighter but a comfortable fighter in Monte Carlo and if there are going to be unifications I would like to do it in Monte Carlo ‘cuz I still feel it’s neutral ground and if we fight in South Africa, Japan or Thailand [it’s not]. Let’s level the playing field, it’s a neutral venue, neutral judges. Even though the promoter is South African (Rodney Berman’s Golden Gloves) it has nothing to do with the fight and the officials, so if we do unification I’d love to do it here.

CN – If we consider the No. 2 guy, it would either be (Wanheng) Menayothin (WBC champion) or Katsunari Takayama (IBF/WBO champion) but I believe Hekkie would beat both guys. If that is a unification and for the RING Magazine belt I would do that but at the end of the day I’d like to keep Hekkie busy and obviously he has to keep winning.

AW – I believe you made a significant offer of five figures to face Takayama last year. He initially accepted before going a different way. However, Takayama has recently said that he’d welcome a fight with you guys. Presumably the offer is still on the table?

CN – The offer started on five figures and ended on six. He agreed and then went down to Mexico to face (Francisco) Rodriguez and he lost his championship there. (Note: Rodriguez vacated the IBF and WBO titles and Takayama recovered them in his next fight, against Go Odaira.) So he’s led us on before and now about a month ago we got an email saying he’s interested. The truth of it is he needs us more than we need him. However, if it’s a fight where we can do the unification, we’re not going to dance to his tune because he’s messed us around twice.

Mauricio Sulaiman has also promised us unification with the WBC, [but] I’m not going to Thailand. Let’s do it here. I’m not going to Thailand because I don’t believe we’ll be treated fairly there. You hear too many stories, conditions are tough, everything’s stacked up against us. So if we can do them unifications lets do them on neutral territory. I don’t want to go to anyone’s hometown.

AW – Hekkie, the overriding thing I hear about you is that you’re incredibly humble.

HB – That’s how I was brought up, I still feel if I was nasty to anyone my dad would give me a slap, even though he never did. That was just how I was brought up. My parents always taught me to have manners, always be nice to people and help people.

CN – I think that’s what one of his keys to success is, that he’s so humble and that he’s hard-working and I think that’s been one of his strong points and he’ll always listen to people’s opinions. He might not always agree or follow them but he’s never too big-headed or egotistical to listen.

AW – The paymasters at HBO who covered the Golvkin-Murray fight in Monte Carlo don’t cover boxing in the very lightest weight categories. Arguably the best fight of 2014 was in your weight class between Rodriguez and Takayama but it goes under the radar. Do you feel you get the appreciation?

HB – I think so, in South Africa I get appreciated. We don’t have the boxing pool that they have in America – there are only a few fighters you can pick out to be household names – so I’m lucky to be there and seen by so many people in South Africa.

AW – What are your thoughts on your division?

CN – I think they’re good fighters. Takayama is tried and tested, he’s been around. Wanheng Menayothin is unbeaten, very protected though in Thailand. Had a good win over (Oswaldo) Novoa, so you can’t dispute that. They’re good champions but I think Hekkie’s a better champion. That’s why we would like those fights provided they’re neutral territory.

AW – Finally, do you have a message for your fans?

HB – All the fans of boxing, thanks for watching, without the fans there wouldn’t be boxing. Without you guys standing and shouting for us in the crowd we wouldn’t get that extra push, the extra bit of fight, and we wouldn’t work as hard as we do to give a show to you guys, so thanks to you guys.