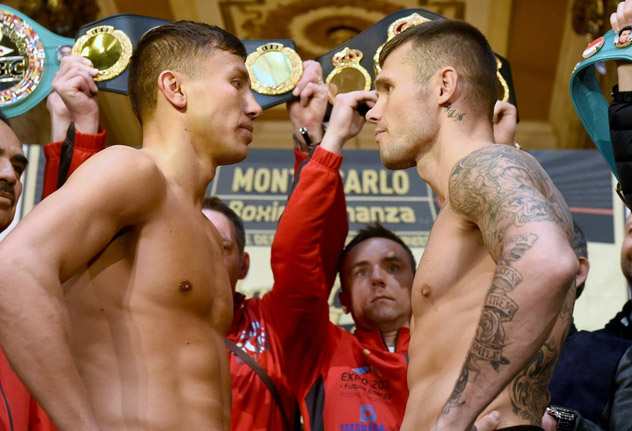 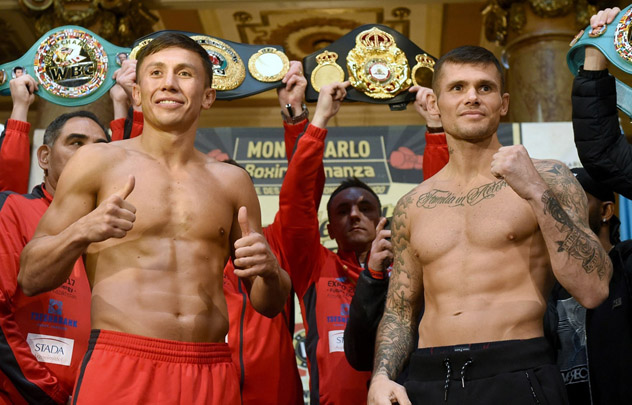 Gennady Golovkin weighed 159.8 pounds on Friday for his WBA middleweight title defense against Martin Murray, who weighed 159.9. The pair will battle it out on Saturday, at the Salle des ├ëtoiles in Monte Carlo, Monaco.

THE RING’s No. 1-rated middleweight, Golovkin (31-0, 28 knockouts) has good karma at this particular venue, having scored savage wins over both Nobuhiro Ishida (KO 3) and Osumanu Adama (TKO 7) in 2013 and 2014 respectively.

Murray, like the defending champion, looked to be in excellent fighting shape and is brimming with confidence ahead of his third world title challenge. The No. 6-rated middleweight was a heavy underdog against both Felix Sturm and Sergio Martinez, but came within a whisker of dethroning both.

The majority of experts, and the oddsmakers, feel that Golovkin is a different story altogether.

Click here to see a photo gallery of the weigh-in.