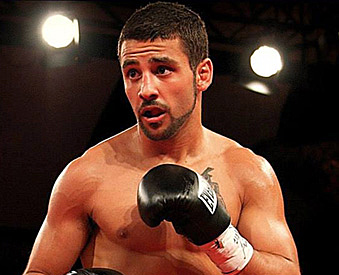 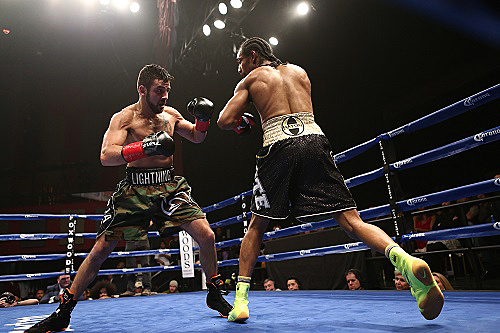 Luis (19-2, 7 knockouts), a 27-year-old pressure fighter from Ontario, Canada, won by scores of 99-90 and 97-92 (twice). Dargan (18-1, 9 KOs), a 29-year-old former amateur standout from Philadelphia, was a strong favorite coming into the “Friday Night Fights” headliner. He shares the same trainer (Naazim Richardson) as future hall of famer Bernard Hopkins, who has said the savvy boxer has world-title potential.

However, Dargan had never faced a pro fighter as relentless as Luis, who was also the more battle-tested of the two lightweights having lost tough fights to rugged gatekeeper Jose Hernandez and unbeaten fringe contender Ivan Redkach.

Dargan controlled the first round with his jab, a little lateral movement, some fast, accurate counters and one-two combinations; however, Luis was able to close the distance by the end of Round 2.

Luis should have been credited with a knockdown when a left hook caused Dargan to lose his footing at the start of Round 3, but the referee ruled it a slip. However, the Canadian still found his rhythm, set a fast tempo for the fight, and worked Dargan’s body after pressing the boxer to the ropes.

Rounds 4 and 5 featured good two-way action as the lightweights fought in the pocket. Luis found a home for his left hooks, while Dargan landed accurate right hands to the body.

Dargan did good work in close, but only in spots. Luis took over the fight in Rounds 6 and 7 by mauling Dargan along the ropes. According to CompuBox, Luis had a 186-113 edge in punches landed through seven rounds and his impressive work-rate seemed to take the steam off of Dargan’s sporadic return fire in Rounds 8 and 9.

A cuffing left hook to the back of Dargan’s head produced an official knockdown in Round 10, capping the bet performance of Luis’ career so far.

In the ugly co-feature of the broadcast, former Cuban amateur standout Sullivan Barrera stopped former IBF super middleweight titleholder Jeff Lacy in the fourth round. Lacy (27-6, 18 KOs), who was dropped by a straight right in Round 1, had no legs before the bout and absolutely no way to defend himself during the “fight.” The 37-year-old veteran, who has lost four of his last seven bouts dating back to his decision loss to Jermain Taylor in November 2008, is completely shot and should not have been in the ring.

In the opening bout of the broadcast, Thomas Falowo won an eight-round decision over Russell Lamour in a spirited New England-area middleweight grudge match. Falowo (13-3, 8 KOs), a 26-year-old Rhode Islander, was the aggressor throughout the fight and simply outworked his amateur rival en route to scores of 78-74 and 77-75 (twice). Lamour (14-5, 4 KOs), who reportedly won four out of five of their amateur bouts, was the sharper puncher but the 32-year-old Portland, Maine resident didn’t do enough to keep Falowo off of him.