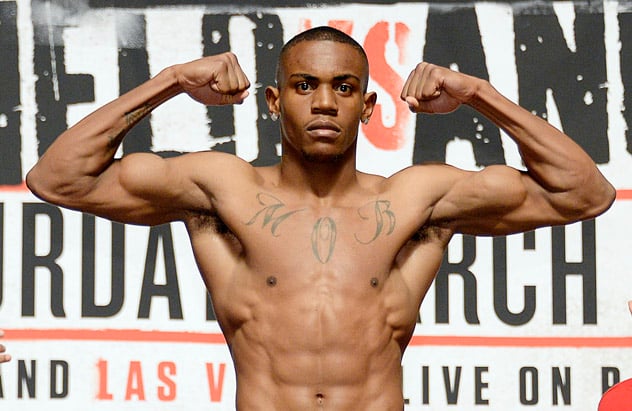 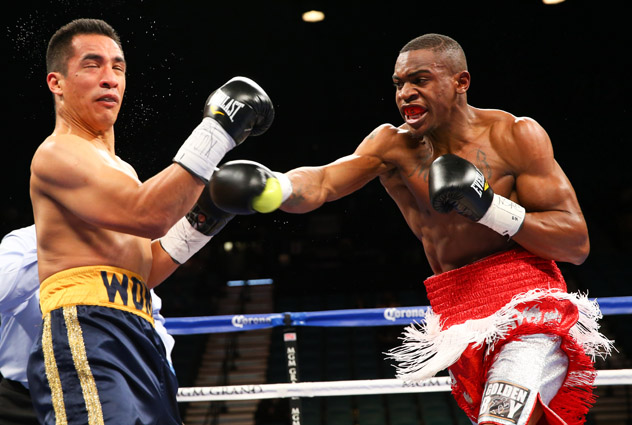 The “Golden Boy Live!” card will take place at The Cowboys Dancehall in San Antonio, Texas, and be televised on Fox Sports 1 and Fox Deportes.

Gibson (11-0-1, 5 knockouts), 24, of St. Louis, was last in action for a split decision over Jose Hernandez in August, while Lara (15-6-5, 8 KOs), 31, suffered his third straight stoppage loss in an eighth-round technical knockout to Fidel Maldonado Jr. in September.

A 19-year-old from Austin, Texas, Mazion (9-0, 9 KOs) has stopped five opponents in the first round, one in the second and three in the third. Nicknamed “Black Magic,” Mazion’s last fight lasted 30 seconds against Steve Trumble in May.

Rosas (11-3, 7 KOs) has been inactive for three years, his last bout a sixth-round technical knockout loss to Wale Omotoso.

An Olympic silver medalist in 2000 and a former title challenger, Juarez, 34, ended a nearly two-year ring absence with a unanimous decision over Rene Alvarado in May.

Castellanos, 32, scored a shocking fifth-round knockout over previously unbeaten Ronny Rios in October. Prior to Rios, Castellanos had suffered a ninth-round stoppage loss to Alvarado in April that ended his run of 11 consecutive wins, seven by way of knockout.