Artur Szpilka signs with Al Haymon, to be trained by Ronnie Shields 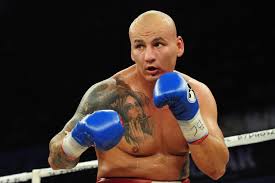 Once-beaten Polish heavyweight Artur Szpilka became the latest boxer to be signed by Al Haymon and will be trained by Ronnie Shields, according to promoter Leon Margules of Warriors Boxing.

“Szpilka signed with Al this week,” said Margules of the southpaw who stands 6-foot-3. “He’s going to be training in Houston with Ronnie Shields and I think that he is going to be a big attraction.”

Szpilka (17-1, 12 knockouts), 25, is coming off a unanimous decision victory over countryman Tomasz Adamek, a former light heavyweight and cruiserweight beltholder who was stopped in the 10th round by then-WBC heavyweight titleholder Vitali Klitschko in September 2011.

Prior to Adamek, Szpilka suffered an 10th round technical knockout loss in January 2014 to Bryant Jennings, who could challenge RING champion Wladimir Klitschko at the Barclays Center in Brooklyn, N.Y., on April 25.

Spilka may have been adversely affected by a mishap entering the bout with Jennings as visa issues forced his detainment at United States Embassy in Poland until a week prior to the fight.

Szpilka had been returned to Poland by the Department of Homeland Security after having landed at Chicago’s O’Hare International Airport.

Margules would like to pair Szpilka on a doubleheader alongside Chicago-based light heavyweight title challenger Andrzej Fonfara, whose unanimous decision over Doudou Ngumbu in November marked Fonfara’s 14th appearance at Chicago’s UIC Pavilion.

Fonfara, 27, had previously been in action in May, rising from knockdowns in the first and fifth rounds of a unanimous decision loss to RING champion Adonis Stevenson, whom Fonfara dropped in the ninth. Fonfara brought a run of 15 straight victories, 12 by knockout, into the clash with Stevenson.

“I think that it would be kind of cool to do a doubleheader with Szpilka and Fonfara,” said Margules of Fonfara, who is also advised by Haymon. “That would be a very big show in New York or Chicago, where Fonfara is very popular.”

Hard-hitting Fredrick Lawson (23-0, 20 KOs), a Chicago-based welterweight from Ghana, will face Breidis Prescott (26-7, 20 KOs) on March 26 in Hialeah, Fla., according to Margules.

Lawson, 25, is coming off a unanimous decision over Ray Nahr in October.

Perhaps best known for his 54-second knockout of Amir Khan in September 2008, Prescott, 31, is 3-4 in his past seven fights and was last in the ring for a unanimous decision loss to Roberto Garcia in July.