Israel Perez looks to even the score for Argentina in Japan 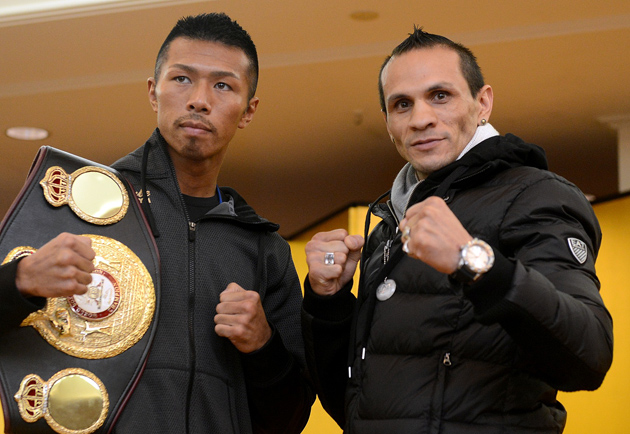 As heartbreaking as Omar Narvaez’s defeat at the hands of Naoya Inoue in this past Tuesday’s WBO junior bantamweight title bout was, Argentina still has one card up its sleeve in its aspirations to grab another major victory in Japan before the year is out. And one of the country’s hidden gems is in charge of saving the day for a group of fighters that, in spite of giving their best, came out short in several high-profile bouts throughout 2014.

On the very last day of the year, it will be the turn of 2000 Olympian Israel Perez (27-2-1, 16 knockouts), the last member of his Olympic generation to gain access to a world title bout, when he faces WBA 130-pound beltholder Takashi Uchiyama (21-1-1, 17 KOs) in Tokyo, Japan. It’s a fight that could put Perez’s name in the same list of Argentine fighters who have achieved great victories in that country, which goes back to 1954 with Pascual Perez (the country’s first-ever world champion) and includes names such as Nicolino Locche, Horacio Accavallo, Santos Laciar, Juan Coggi and Juan Carlos Reveco.

Perez sees this trip as his moment to shine after a long but uneven career in which he failed to secure the opportunities that other fighters of his generation were able to secure, and he promises to make the most of it.

“I prepared fully for this chance,” said Perez, in a recent interview with local website PrimerGuante.com. “I am working with Juan Ledesma, who also trains the national team. I am ready to bring the title to Argentina. I will bring home the title I always wanted.”

Contrarily to the (ultimately justified) respect that his compatriot Narvaez demonstrated for Inoue in his failed title defense, Perez shows almost no respect for Uchiyama.

“People say he’s not training well because he wants to quit boxing,” said Perez. “My promoter (Sampson Lewkowicz) told me that his hands are hurt. Plus, he doesn’t have any technique, doesn’t know how to walk the ring. I am going to seize all that.”

Perez’s career has been marred by long periods of inactivity, but he doesn’t count his age (or his recurrent hand injuries) as a factor in this fight.

“I don’t feel my age,” says Perez, who coincidentally is 35 years old, just as his foe. “I am well, physically. I have developed a good way to wrap my hands and I haven’t hurt myself anymore.”

Perez’s two defeats came early in his career in two of his earlier trips abroad, and he believes those loses were due to his inexperience. But he’s been able to put together a 17-0-1 winning streak in the past 11 years against some impressive regional opposition, and instead of feeling that he is getting this fight as a late gift to his life-long dedication to the sport, Perez believes this is barely the beginning of a second and more fruitful era in his career.