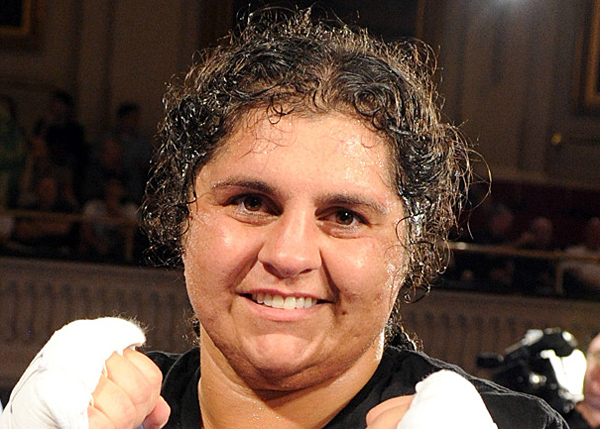 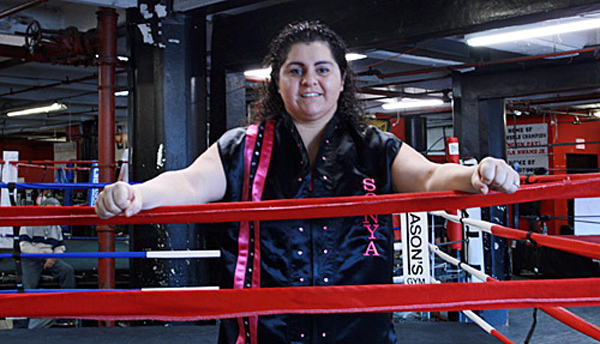 Being heavyweight champion of the world was once considered the highest individual achievement in sports. The heavyweight champ is the biggest titleholder in boxing, and theoretically could beat anyone in the world in a fistfight.

That old belief has yet to be applied to the female champions of the unlimited weight class, due mostly to the general lack of competitors. In female boxing, anything above the light heavyweight limit of 175 pounds is considered heavyweight, and according to Boxrec, only 21 women have competed in heavyweight bouts in the past year (flyweight was the deepest division with 164).

As few as they may be, the heavyweight women have been bringing the weight class to life by engaging in the first meaningful fights the division has hosted in years.

Near the head of the pack has been Sonya Lamonakis, who made her case for being the baddest woman on the planet in 2014. Lamonakis (10-1-2, 1 knockout) stands 5-foot-7 and usually weighs in around the 220-pound mark. She trains out of Gleason’s Gym in Brooklyn, New York with Dillon Carew, a 1992 Guyana Olympian.

Despite her size, her primary assets are her hand speed and combination punching. Since turning pro in 2010, she has factored in most of the division’s relevant fights.

Lamonakis, 40, was born in Greece and came to the sport at age 27 after being robbed at knifepoint in her car while visiting an ATM in Springfield, Mass. She went to her local boxing gym shortly after to learn self defense and began fighting a few months later.

After winning every amateur tournament in New England, she relocated to New York and won the New York Golden Gloves four times and the National Golden Gloves twice.

Lamonakis’ career reached new heights earlier this month when she settled a previous draw against Carlette Ewell, winning a split decision in the Caribbean country of Sint Maarten to become the inaugural IBO heavyweight titleholder.

The fight was closely contested, with both exchanging punches to the delight of the small crowd on hand. Of all attendees, the greatest praise the fight received so far came from the only male in the ring with them.

“Steve Smoger was our referee and he said that should’ve been on pay-per-view. He said that was one of the best fights he ever did in his life, men or women,” said Lamonakis, who teaches seventh and eighth grade social studies at M.S. 126 in the Greenpoint section of Brooklyn when she isn’t trading leather.

The biggest challenge facing Lamonakis is keeping her momentum going. Lamonakis has long pushed for her promoter DiBella Entertainment to assemble an all-female card in New York, which could draw locally with popular unbeaten super bantamweight Heather Hardy. She says Dibella had “partial negotiations” with Showtime to televise such a card before it ultimately “fell through.”

With women’s boxing still not being supported by American TV networks, the only draw Lamonakis has to get opponents in the ring is their mutual lack of options and a shared desire to be the queen of the mountain.

A third fight with Ewell is likely for 2015, Lamonakis says. Lisa Marie Vizaniari, an 8-0 Australian part-timer who has fought sparsely since 2001, could also be an attractive fight for Lamonakis if they could agree on a location.

Her biggest piece of unfinished business remains Martha Salazar, who handed Lamonakis her first defeat in April of 2013, winning a unanimous six-round decision in her hometown of Sacramento, Calif.

Contention arose afterwards when the bout was scheduled for three minute rounds, instead of the two minute rounds that are standard in women’s boxing. Lamonakis also claims the gloves used were substandard and that no inspectors were present for the hand wrapping process.

Afterwards, Salazar took off for 19 months before decisioning former Lamonakis opponent Tanzee Daniel for the vacant WBC female heavyweight title, becoming the first woman to win a major heavyweight belt since 2007, when Vonda Ward defeated Salazar for the belt.

“I would like to rematch Salazar again but I would like to do it in New York because it was a horrible experience for me in California,” said Lamonakis. “I think that possibly within the next year we could rematch.”

If any more meaningful fights are going to be made among these top heavyweights, they’d have to happen in the near future. All four of the top heavyweights – Lamonakis, Salazar, Ewell and Vizaniari – are aged 40 or above.

Lamonakis isn’t putting a round clock on her career just yet, however.

“I want to stack a few more belts, continue to be a great role model for the kids and love and enjoy what I do. If I don’t love and enjoy it, then it’s time to stop,” said Lamonakis.