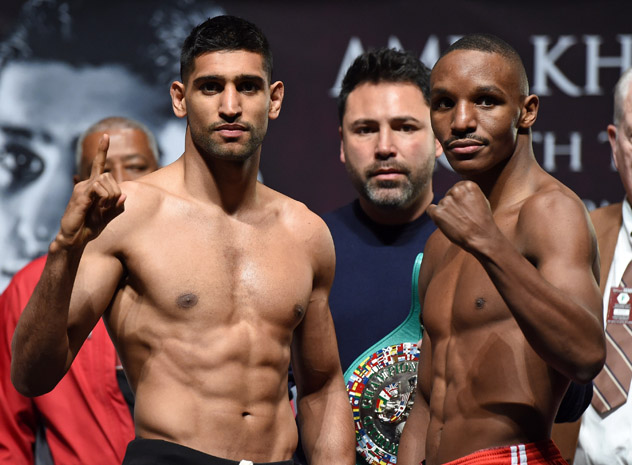 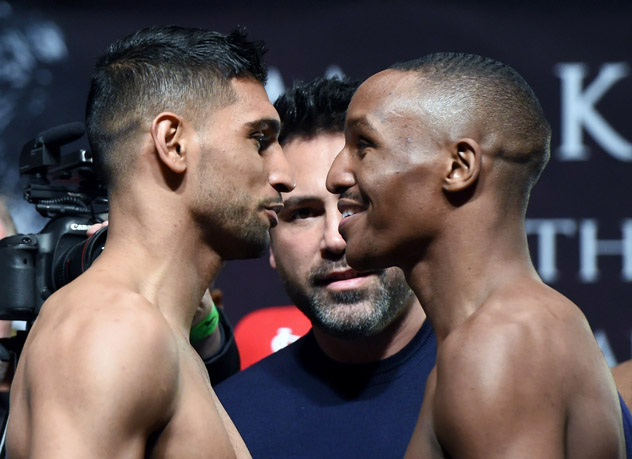 The weigh-in took place at the MGM Grand’s Garden Arena, where the card will take place on Saturday.

Thurman (23-0, 21 knockouts), a dynamic boxer-puncher from Clearwater, Florida, told Showtime’s Brian Custer that he intends to extend his KO streak against Bundu (31-0-2, 11 KOs), a 40-year-old Italian veteran who holds the European title.

“You’ve got two undefeated fighters at the world-class level going at it,” said Thurman. “It should e a terrific fight but it ain’t going 12 rounds.”

When Thurman was asked if he is aiming for RING champ Floyd Mayweather Jr. next year he replied: “My motto for 2015 is ‘Burn Money.'”

Khan (29-3, 19 KOs), who thought he had a fight with Mayweather scheduled for this year, wouldn’t speculate if he’s once again a candidate to face the pound-for-pound king in 2015. He knows he’s got a difficult assignment in fellow former 140-pound titleholder Alexander (26-2, 14 KOs).

“It going to be an electric fight, one not to be missed,” said the 28-year-old native of Bolton, England. “I’m not looking past this fight. My whole focus is on this fight tomorrow.”

Alexander said it better be.

“In his heart, in his mind, he’s already beat,” said the 27-year-old St. Louis native. “He knows I’m a threat. That’s why he pulled out of our fight last year. He knows I can beat him.”