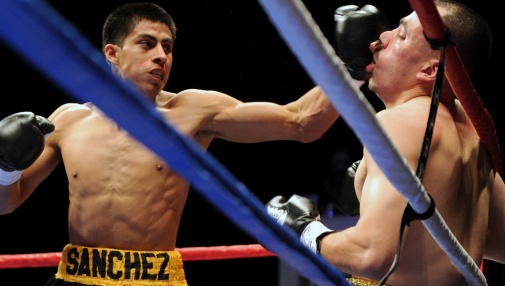 The victory was the third straight since falling by unanimous decision to former titleholder Luis Collazo in September 2013.

The loss was the second straight for Paredes (35-5-1, 23 KOs), a 29-year-old who was coming off a unanimous-decision loss to Alfonso Gomez in July.

Also, junior welterweight Will Tomlinson (23-1-1, 13 KOs) used a vicious right uppercut followed by a right hand on rival Miguel Zamudio (31-6-1, 18 KOs) that led referee Tom Taylor to step in and stop the fight at the 56-second mark of the eighth round.

Tomlinson, 28, of Melbourne, Australia, had last been in action for a unanimous decision over Alberto Cupido in August to rebound from a unanimous-decision loss to Jerry Belmontes in March.