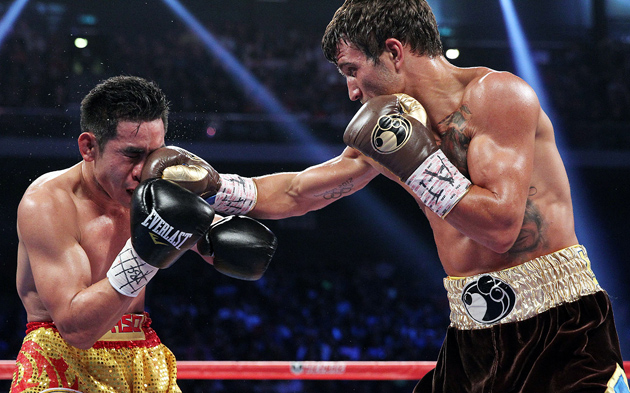 Vasyl Lomachenko is so good that he can fight one-handed for half a bout and still win a shutout decision.

That’s what Lomachenko, the WBO featherweight titleholder, pulled off on the Manny Pacquiao-Chris Algieri card Saturday in Macau, China.

The two-time Olympic gold medalist outclassed Chonlatarn Piriyapinyo through six rounds, picking the veteran Thai fighter apart was a dazzling array of punches to the head and body and putting him down with a vicious series of shots in the fourth.

However, in the seventh, Lomachenko evidently injured his left hand. After that, the Ukrainian fought almost exclusively with his right hand against an overmatched but solid, tough foe. The titleholder didn’t land as many punches as he landed early in the fight but still managed win the remaining rounds.

Piriyapinyo (52-2, 33 KOs) was fighting for a world title a second time. He lost a one-sided decision to then-titleholder Chris John in 2012.