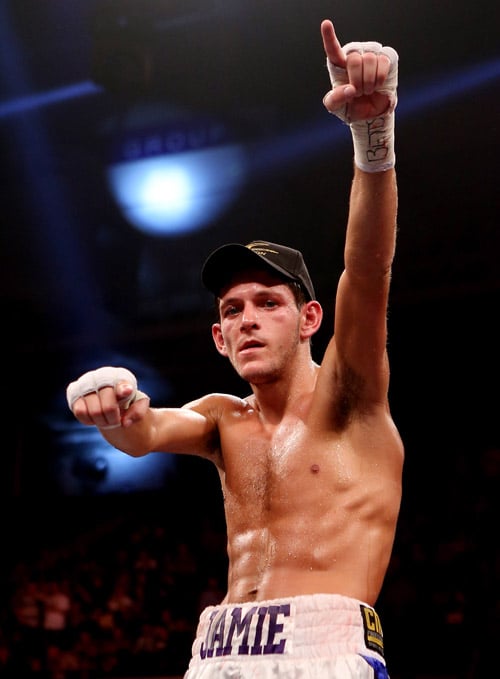 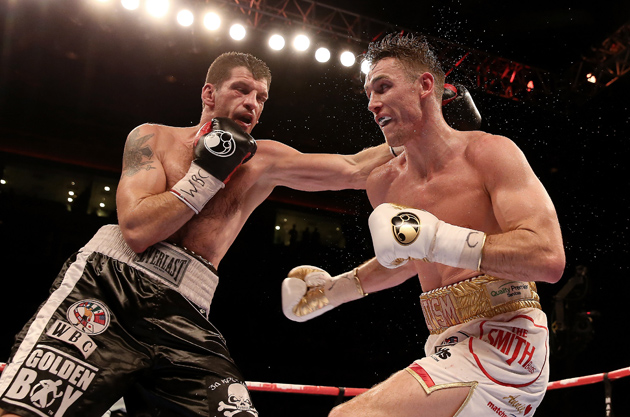 British bantamweight Jamie McDonnell bested late replacement Javier Nicolas Chacon via peculiar 10th-round stoppage in Liverpool, England, on Saturday, and will now face off against WBO titleholder Tomoki Kameda in the early part of next year.

There were no knockdowns and neither fighter was seriously hurt but Chacon turned his back late in the 10th and motioned to the referee that he had sustained a shoulder injury. No noticeable contact preceded the surrender and McDonnell’s support celebrated with a whimper.

“The ending was weird but the win was coming,” said McDonnell, when interviewed by Sky Sports. “Now I’m looking forward to facing Kameda in the States next year. That was a tough fight but I was just getting ready to step it up.”

It certainly was tough. McDonnell (25-2-1, 12 knockouts) was effective with the jab in the opener but Chacon quickly began to time the shot, while countering to head and body. The Argentinian had claimed ring center and was making McDonnell work while applying constant pressure.

There was a role reversal in Round 5 when McDonnell came out of his corner with intent. He halted Chacon’s march with stiff jabs and straight rights, as well as a burst of hooks to the ribcage. A decisive class difference had emerged but Chacon wasn’t going away.

The Argentine came back blazing in the next session, bloodying McDonnell’s nose, and one memorable right hook to the head landed with an audible thud. The British technician habitually roars back but he remained on the defensive and absorbed more eye catching combinations from the underdog.

McDonnell still looked uncomfortable in the seventh before making a permanent tactical switch. Chacon had looked very ordinary on the back foot, earlier in the contest, so the home fighter forced out the punches in volume and, again, his opponent produced little resistance.

The combinations continued to flow from McDonnell as Chacon’s tank began to empty, but one wonders how effective the visitor could have been with the benefit of a proper training camp. Chacon had lasted the distance with WBA champion Anselmo Moreno, in March of this year, and proved to be very durable.

McDonnell, THE RING’s No. 9-rated bantamweight, currently holds the “regular” WBA title (not recognized by THE RING/RingTV.com) and is also a former IBF beltholder. At his best he has a terrific engine, quick hands and sound technique, all of which will be required against Kameda who is a real force at bantamweight.

“That fight is done and will likely take place in Las Vegas,” confirmed promoter Eddie Hearn.

This was the first time Smith had taken part in a twelve round contest and he completed the distance with room to spare. Sjeckloca, at 6-foot-1, is accustomed to punching down at his opponents but Smith is two inches taller and kept him at bay with a long left hand and the occasional sharp right.

The only moment of real drama came in the fourth when Smith, known as “Mundo”, caught Sjeckloca with a brutal left hook to the liver. That particular shot is a Smith money punch and the visitor did very well to survive the follow up onslaught.

“I may have gave him a bit too much respect,” said Smith, who improves to (15-0, 11 knockouts). “I hurt him with a body shot early on and was a bit cautious about opening up because I’d never been twelve rounds before. Overall I thought it was a good perfromance.”

Smith, twenty four years old, has been highly touted since he turned professional in 2012. The hard hitting Liverpool star has moved from novice, to prospect, to contender at lightning speed and tonight’s hard hitting performance was actually an eliminator for the WBC title.

Sjeckloca, who had only lost to world class operators in Sakio Bika and Arthur Abraham, was a crafty and dangerous opponent. The Montenegro based Serbian had a significant edge in experience which was made redundant by Smith’s accuracy and punching power.

Smith weighed in at 168 pounds with Sjeckloca a pound less.