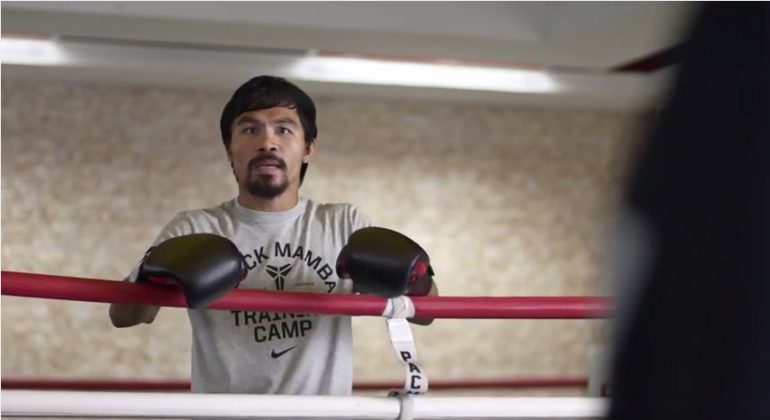 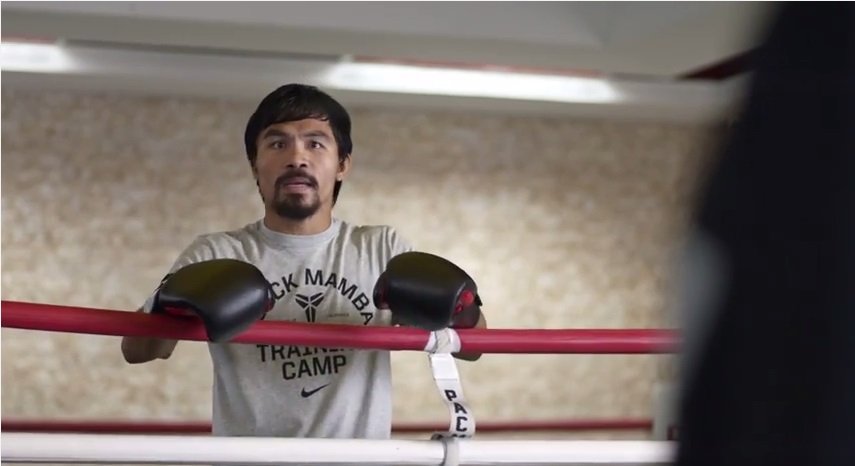 Manny Pacquiao has hinted at a future fight against Floyd Mayweather Jr. without mentioning him by name in advance of Saturday’s defense of the WBO welterweight title against Chris Algieri.

Pacquiao does so yet again in a humorous commercial for Foot Locker called “The Week of Greatness,” representing a series of spots that will also involve World Wrestling Entertainment’s John Cena as well as NBA Stars James Harden (Houston Rockets), Tim Duncan (San Antonio Spurs) and Derrick Rose (Chicago Bulls).

In the Pacquiao (56-5-2, 38 knockouts) spot, “It’s Happening,” the eight-division titlist riffs on the ongoing attempts to schedule an oft-rumored mega fight with Mayweather.

Pacquiao is 2-2 in his past four fights, including a loss by disputed split decision against Tim Bradley in June 2012 and another by sixth-round stoppage against Juan Manuel Marquez in December 2012. In his last fight in April, Pacquiao, 35, regained the WBO welterweight title by a unanimous decision over Bradley.

In his most recent fight, Algieri (20-0, 8 KOs) took Ruslan Provodnikov’s WBO 140-pound belt by a split decision in June. Algieri rose from three first-round knockdowns and fought with a right eye that was nearly closed shut. Algieri, from Long Island, New York, will challenge Pacquiao in his first professional appearance on foreign soil.