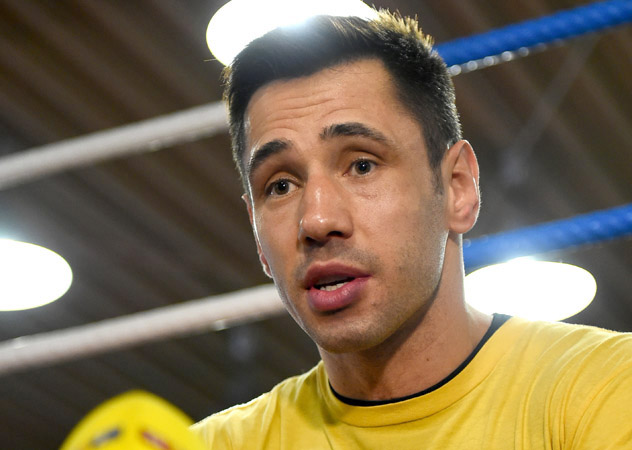 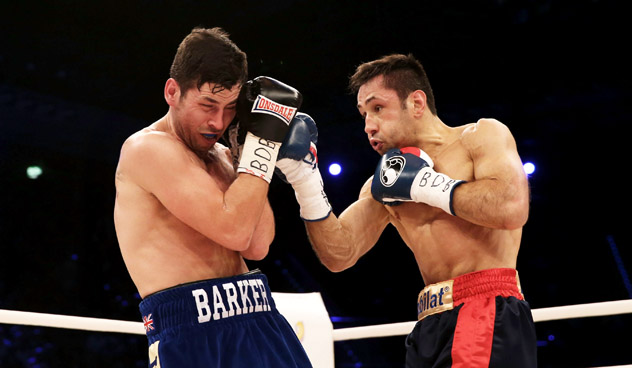 Felix Sturm has been a professional boxer for nearly 14 years, all of them as a middleweight – until now.

As well as local bragging rights the winner will be in a great position for an even bigger fight against Arthur Abraham for the WBO super middleweight title in the first quarter of 2015.

With both boxers coming off a loss, Sturm concedes it’s a fight neither can afford to lose.

“Sure, losing wouldn’t do our careers any good,” Sturm told RingTV.com. “However, I don’t even think about losing. It doesn’t come to my mind. I’m totally focused on doing what my new trainer Magomed Schaburow and I planned to do and win this fight.”

Here’s what Sturm said about a variety of subjects, including Saturday’s fight against Stieglitz, stepping up in weight and his goals.

Anson Wainwright – What are your thoughts on facing Stieglitz?

Felix Sturm – It’s an important fight for both of us. The interest in Germany for this fight is huge – it might just be one of the biggest fights in Germany in a long time. I’m looking forward to Nov. 8.

AW – You’ll have seen Stieglitz fight many times – what do you see as his strengths and areas of weakness?

FS – I don’t want to get into detail on this but his strengths are great. Still, he’s far from being a complete fighter and with all due respect, I plan to expose his flaws on fight night.

AW – You’ll be stepping up to fight him at a catchweight of 166.45, why did you decide to move weight classes so late in your career having fought at middleweight for your entire career?

FS – If you take a look at the history books, most pure boxers had to go up in weight at some point during their careers. Take Bernard Hopkins for an example. He moved from 160 to 175 and he’s still beating world class fighters time and time again. I need my speed, my movement and my technique. If you have to make weight all the time, you just lose an edge in that department. I’m feeling great at the new weight. I’m in a better mood, my body looks healthier. But of course I have to wait until after the fight to see just how good I adjusted to the new weight.

AW – Do you now consider yourself a super middleweight? If so, is the goal if successful against Stieglitz to fight Arthur Abraham?

FS – Like I said, it feels great to be a couple of pounds heavier. But I won’t rule out another fight at middleweight. If the opportunity is right, why not? Fighting Arthur Abraham would be an even bigger fight than the Stieglitz one. The public wanted us to step into the ring for years but it was never possible due to rival promoters and TV companies. But Abraham and his promoter, Sauerland, recently signed a TV deal with SAT.1, the network I’ve been fighting on since I became my own promoter. That, of course, makes negotiations easier. Therefore, after Stieglitz, fighting Abraham is certainly a great option.

AW – If we go back to your last fight against Sam Soliman, he won a rather wide points decision against you. Tell us about that fight.

FS – It was a bad, bad night for me. Somehow, I was really tight and just looking to knock him out with one shot. That won’t work against a fighter like him and I knew that before the fight. It was a mistake – my mistake – he won the fight and I have myself to blame for that. It’s unfortunate but I always came back from setbacks and I will do so again. I’m far from done in the sport of boxing.

AW – You fought many of the best middleweights of the past decade. However, you never met Sergio Martinez, is that the one fight you wish you had been able to have?

FS – Martinez is a great champion, a true warrior. I was rooting for him against Cotto, who is also a great fighter, but the injuries took a lot out of his body. I’m sure we would have had an amazing fight but for one reason or another it never materialized. So yes, I would have liked to do that fight.

AW – You probably only have a few more fights before you retire, what would you like to think your legacy to boxing is?

FS – Retirement is still a few years away and I believe I should talk about my legacy once everything is said and done.

FS – First and foremost, I’m totally focused in the Stieglitz fight. I’m in great shape already and I feel confident. I will win this fight. And after that, who knows? That’s all in the future. However, I am the first German professional boxer to win four world championships. It might be nice to extend that record to five.

AW – You have your own promotional company, is that something you intend to actively pursue and become one of the big promoters in Germany?

FS – I’m looking at that, sure, and we have quite a few plans for Sturm Box-Promotion. Now is not the time to reveal them, though.

AW – In closing, do you have a message for Stieglitz?

FS – I have great respect for Stieglitz. He’s a very good fighter. But he better be prepared for Nov. 8 because he is in for a lot of surprises.