Does Adonis Stevenson really want to face Hopkins or Kovalev? 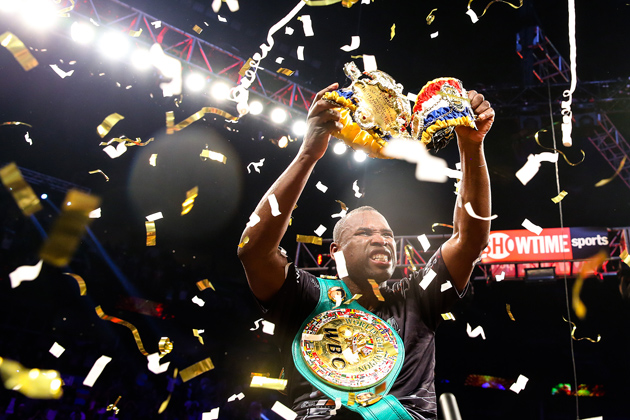 There are those who consider RING light heavyweight champion Adonis Stevenson to be a man who has run away from competition.

When Stevenson (24-1, 20 knockouts) bolted for Showtime from network rival HBO, presumably to pursue a shot at Bernard Hopkins, WBO counterpart Sergey Kovalev, who is aligned with HBO, lamented “a lost opportunity to knock out” Stevenson.

Yet in a strange twist, Hopkins, the current IBF and WBA titleholder, left Showtime and will face Kovalev on HBO on Nov. 8.

Stevenson, meanwhile, has a Dec. 19 date with Russian Dmitry Sukhotsky (22-2, 16 knockouts) at Pepsi Coliseum in Quebec City, Quebec, Canada. The fight will be televised on Showtime.

Stevenson (24-1, 20 KOs) insists, however, that he still wants to unify the division should he get beyond Sukhotsky.

“Either Bernard Hopkins or Sergey Kovalev, it does not matter who wins,” said Stevenson, 37. “I would fight the winner anytime, anywhere, any place,”

In his last fight in May, Stevenson, a southpaw, won a spirited unanimous decision over Andrzej Fonfara, scoring knockdowns in the first and fifth rounds and rising from the canvas himself in the ninth.

“I only got to train for one month because of a back injury going into that fight but I am still the king of the division,” said Stevenson.

“I want to unify the titles whether it’s Bernard or Kovalev. I want the fight; [advisor] Al Haymon wants the fight, so for sure, I will await the winner and I will fight the winner anytime, anywhere.”

Those assertions, however, may ring hollow to many given that promoter Yvon Michel already has plans for Stevenson should he get beyond Sukhotsky.

Michel said he will attempt to match Stevenson with former RING champ Jean Pascal should Pascal get beyond a Dec. 6 clash with Donovan George.