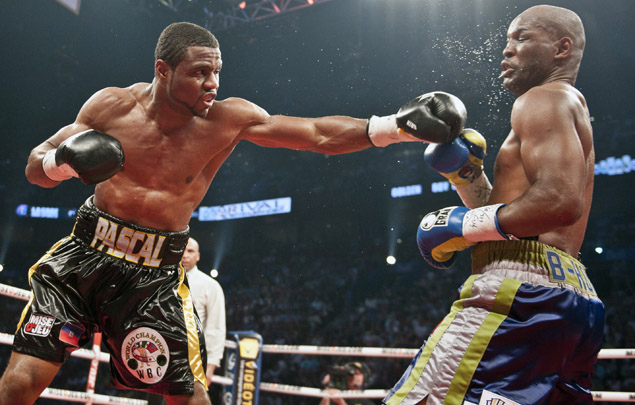 In addition, Pascal (29-2-1, 17 knockouts) has agreed to a multi-fight deal comprised of four bouts with Interbox, according to a release. Pascal, 31, returns to the site of his last win, a unanimous decision over Bute in January.

Prior to facing Pascal, Bute, 34, was coming off a unanimous decision victory over previously unbeaten light heavyweight Denis Grachev in November. The Grachev win followed a fifth-round knockout loss to Carl Froch that cost him his IBF 168-pound belt in May 2012.

In his last fight in June, Bolonti lost a unanimous decision to Juergen Braehmer that ended his run of five consecutive victories, all by stoppage.

Bolonti’s previous loss prior to Braehmer was a unanimous decision to Tony Bellew in November 2012.