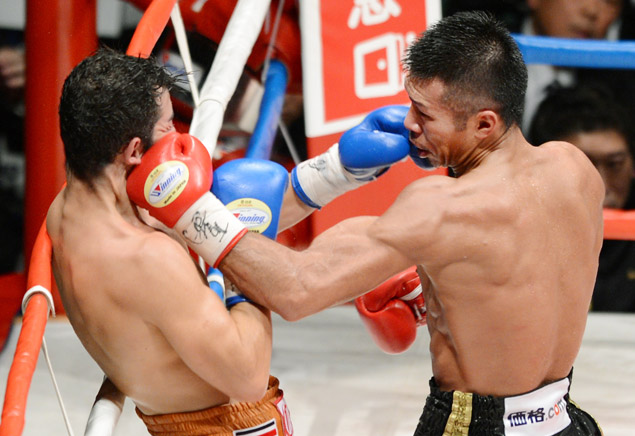 Uchiyama (21-0-1, 17 knockouts), 34, will be making the ninth defense of his belt and was last in action for a unanimous decision over Daiki Kaneko in December.

Perez (27-2-1, 16 KOs). 35, is 18-0-1 with nine knockouts since falling by unanimous decision to Luis Fuente in March 2003 and is coming off an eighth-round stoppage over Carlos Ricardo Rodriguez in August.

RING No. 1-rated bantamweight Shinsuke Yamanaka (21-0-2, 16 KOs) will be making the seventh defense of his WBC belt when he meets Suriyan Sor Rungvisai (37-5-1, 16 KOs) on Oct. 22 at the Yoyogi #2 Gymnasium, Tokyo, Japan, according to WBC President Mauricio Sulaiman.

Yamanaka, 32, will be after his sixth consecutive stoppage win in the mandatory bout, having last been in action for a ninth-round knockout of Stephane Jamoye in April.

CARLOS CUADRAS TO DEFEND IN WASHINGTON, D.C., ON NOV. 13