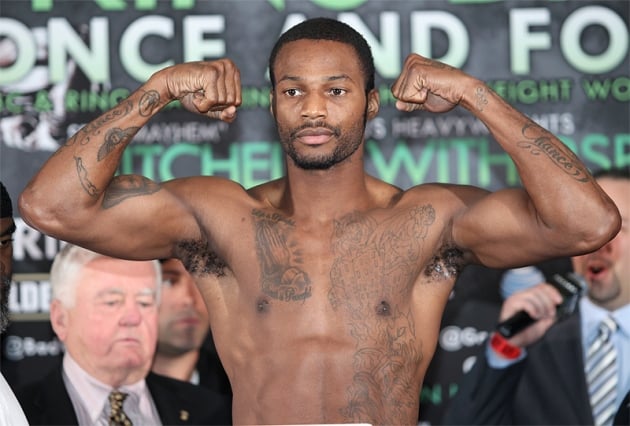 A number of RING-ranked contenders saw action last week, resulting in changes in the light heavyweight, middleweight and strawweight divisions. In the biggest news of the weekend, former light heavyweight champ Chad Dawson’s upset loss to Tommy Karpency caused him to drop from the rankings.

Light heavyweight: Unrated Karpency won a close split decision over No. 5-rated Dawson (32-4, 18 knockouts), upsetting the former champ and his comeback. Dawson, who has lost three of his last four fights, will be dropped from the ratings. Everyone else will move up one spot and former beltholder Gabriel Campillo (24-6-1, 11 KOs), fresh off his stoppage of unbeaten prospect Thomas Williams Jr., will re-enter at No. 10.

Middleweight: Hassan N’Dam (31-1, 18 KOs) widely outpointed unrated Curtis Stevens, dropping the former title challenger in Round 8 en route to a 10-round unanimous decision. N’dam was No. 9. He will be bumped up to No. 8, switching places with Martin Murray (28-1-1, 12 KOs).

Junior middleweight: No. 6-rated Vanes Martirosyan (35-1-1, 21 KOs) outpointed No. 7-7 rated Willie Nelson (23-2-1, 13 KOs). Martirosyan will remain at No. 6. THE RING Ratings Panel discussed dropping Nelson from the rankings and replacing him with promising up-and-comer Julian Williams (17-0-1, 10 KOs). However, Williams has yet to fight past eight rounds and some Panel members question the level of his opposition. The decision was made to watch Williams closely and add him to the top 10 once he’s had solid victory. Nelson, who showed he can hang tough with top-10 opposition, drops to No. 10 but not out of the 154-pound rankings.

Chuck Giampa is the Chairman of THE RING Ratings Committee. He can be reached at [email protected]