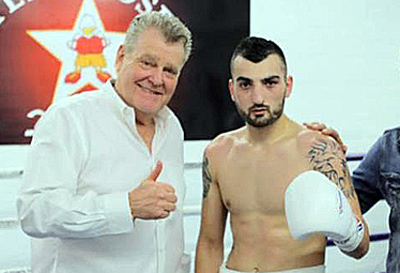 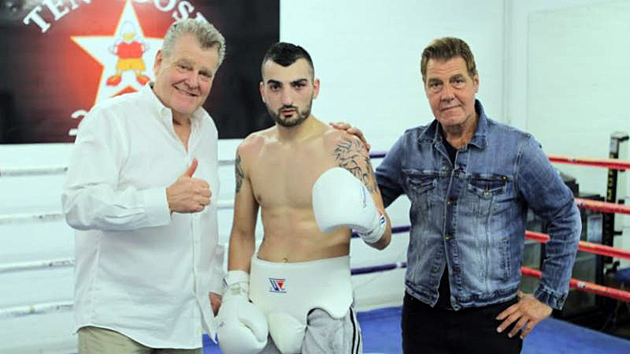 Vanes Martirosyan has put together an impressive resume throughout his 11-year professional career.

He has won 34 of 36 professional fights, won a handful of regional title belts, and has a strong following in his hometown of Glendale, California.

While most fighters do not even accomplish half of these feats throughout their careers, Martirosyan is not satisfied. He admits he has not fulfilled what he is capable of doing as a prizefighter.

However, Martirosyan says he can still maximize his potential and he has two men to thank for that.

One of them will be in his corner on Saturday night when he fights fellow junior middleweight contender Willie Nelson in a scheduled 10-round bout at the Foxwoods Resort in Mashantucket, Conn. on Saturday.

The bout will be televised live on a special edition of “Showtime Championship Boxing.” The broadcast begins at 9 p.m. ET/ 6 p.m. PT.

Martirosyan (34-1-1, 21 KOs) won a one-sided 10-round unanimous decision over Mario Lozano in his last fight on March 21 in Cabazon, Calif. Prior to that bout, Martirosyan lost a 12-round split decision to Demetrius Andrade last November, missing out on the opportunity to win the vacant WBO title belt.

Some boxing insiders whether Martirosyan had peaked or had built up his record against some opposition. After the loss to Andrade, he left Top Rank, who had promoted him since his pro debut, and signed on with Goossen Tutor Promotions.

He also enlisted the services of veteran trainer Joe Goossen. They only worked together for two weeks in preparation for the Lozano fight. A full camp with Goossen has prepared Martirosyan physically and mentally, far greater than in any fight he trained for.

“I felt totally different thanks to Joe,” Martirosyan told RingTV.com in a telephone interview earlier this week. “I’m happy where I’m at now. (In previous fights), I felt lost and I needed a trainer like Joe to find myself and for me to feel comfortable. I can honestly say I’m at 100 percent for this fight, when in my previous fights, I felt as though I was fighting at 40 to 60 percent.”

He will need to be at his best against Nelson, who will have a three-inch height and eight-inch reach advantage over the Armenian American.

Martirosyan is anticipating the best of Nelson.

“He’s a good fighter,” said Martirosyan, who was represented the United States at the 2004 Olympic Games in Athens. “I know he has lost once. He’s gotten hurt, but he comes back to win. He has a lot of heart, but I believe no one has seen the best of me yet.”

Martirosyan could be fighting Nelson with a heavy heart. It was announced on Monday that Dan Goossen, Martirosyan’s promoter, passed away from liver cancer.

The death shocked many boxing insiders and fans, as very few people knew of his condition. Although he had only fought once under the Goossen Tutor banner, Martirosyan admits Goossen had a profound impact on his career.

“What I loved about Dan was that he was the type of person who looked into my eyes and all I saw was honesty,” recalled Martirosyan, who is dedicating his bout against Nelson in the honor of Goossen. “His character and the way he carried himself, but he always looked in my eyes. He delivered on every promise to me.”

With a new promotion and trainer behind him, Martirosyan seems more energized and reinvigorated. With so much on the line, he is not overlooking Nelson, even though he could be on the cusp of a possible world title shot.

He is eager to fulfill that goal of winning a world title and proving that he belongs with the elite of the 154-pound division.

“I’m setting out to make a big statement on Saturday. I was lost, but I’ve been mentally happy the last couple of months. You’re going to see the best of me.”